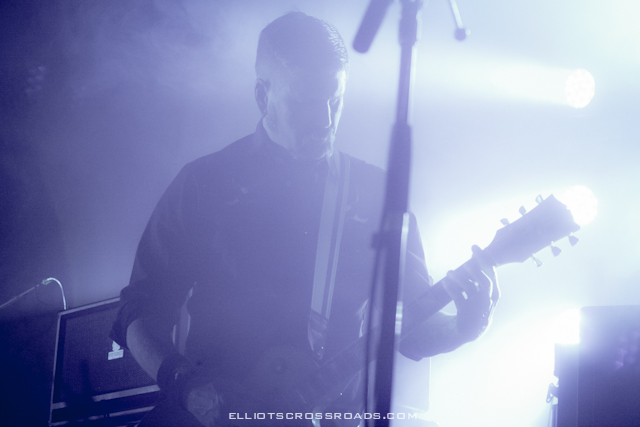 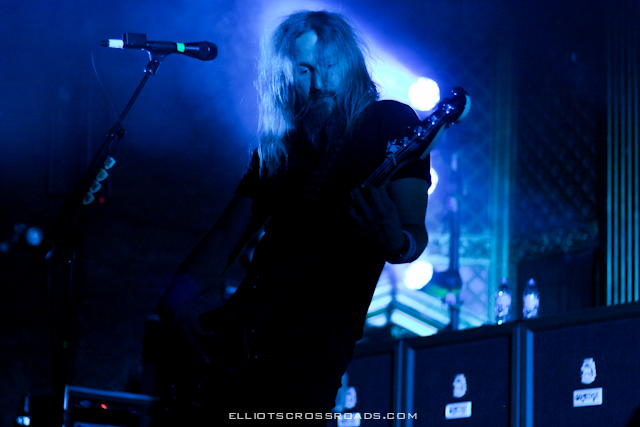 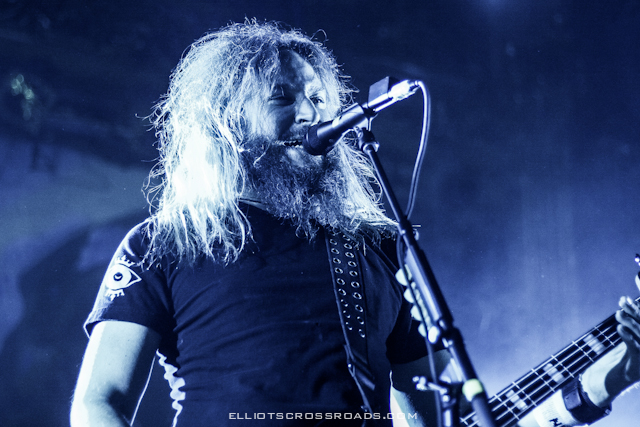 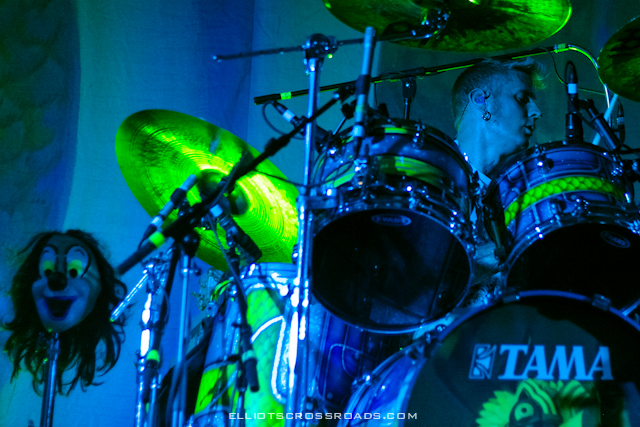 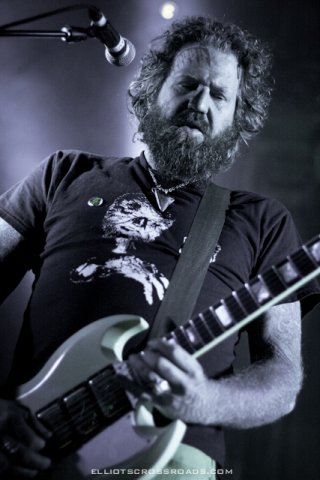 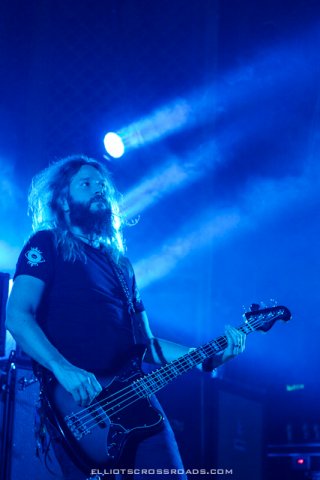 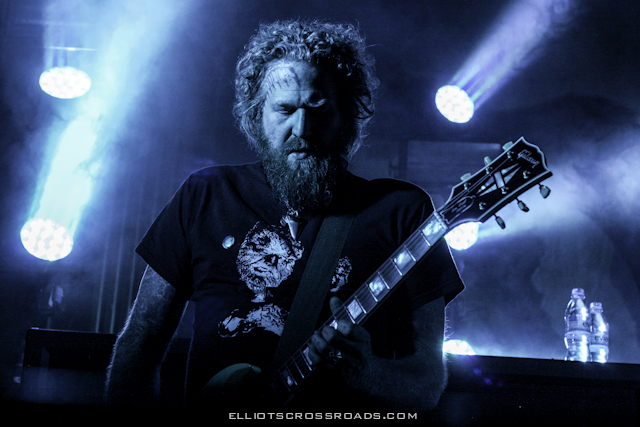 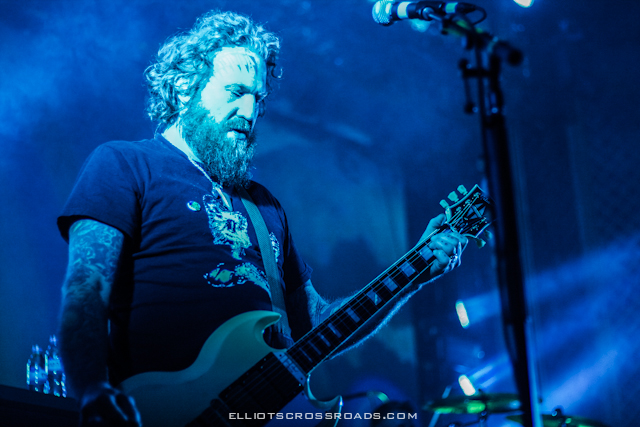 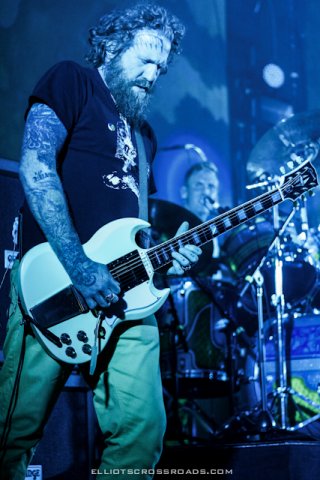 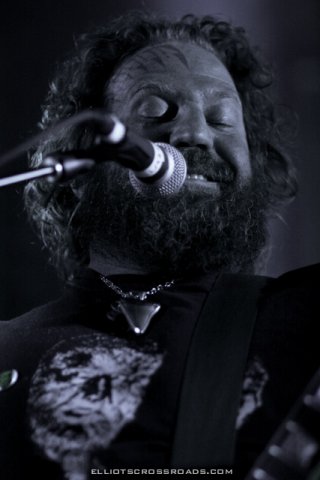 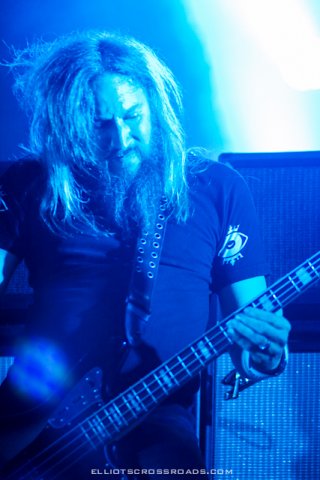 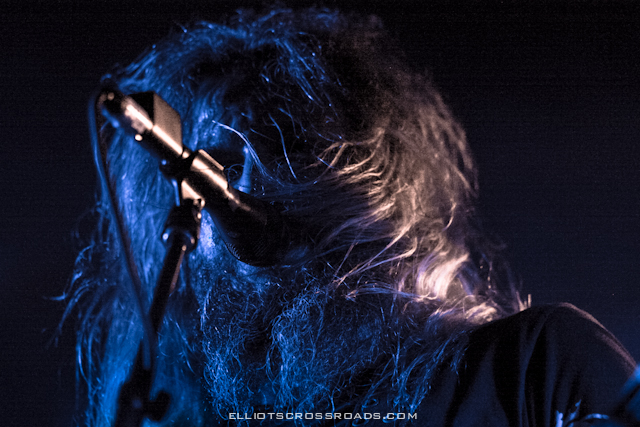 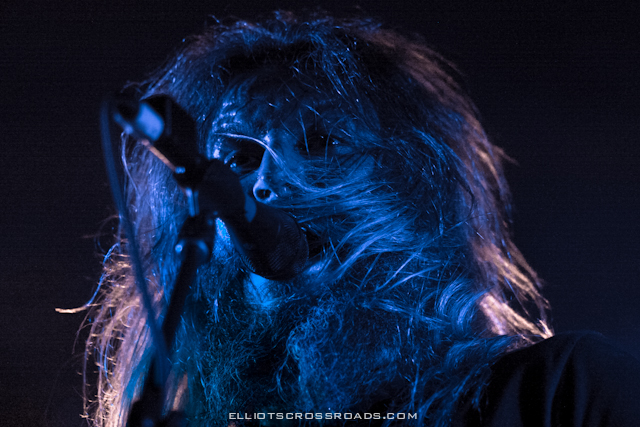 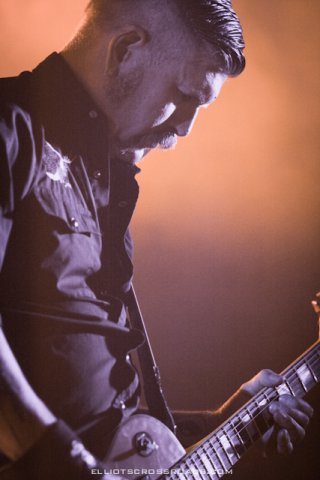 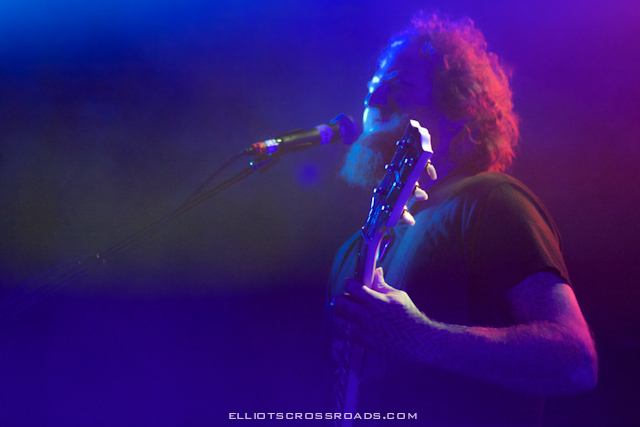 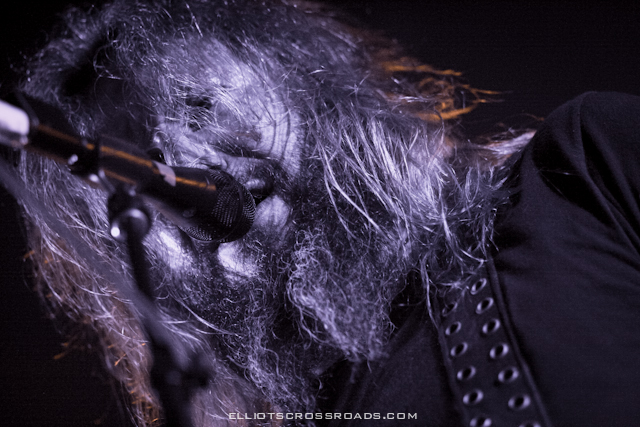 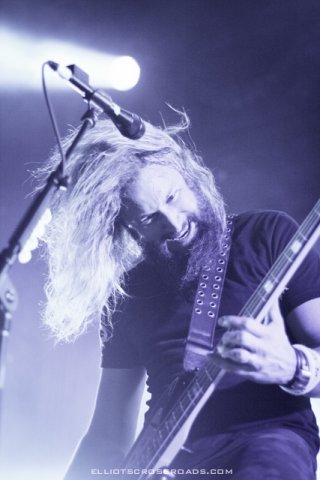 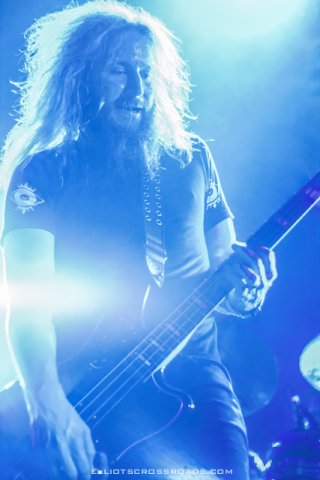 Review by Joe Kovack and Photos by Elliot Siff

It was a warm Cinco de Mayo evening in Denver Monday night. But that meant nothing to the sold-out crowd at the Ogden Theatre, as the heat only powered the cauldron of fire that lay inside each individual as they waited eagerly for the metal to begin.

After a blisteringly heavy set by the French metal band Gojira, the crowd was primed for the intricate stylings of Mastodon’s unique brand of progressive-inspired metal. Without a word Mastodon emerged from the darkness and wasted no time by jumping right into “Hearts Alive,” the beautifully dynamic, 13-minute song from their seminal album Leviathan. A personal favorite, the song represents the culmination of Mastodon’s repertoire—classic rock-inspired heaviness with their elaborate, sweeping crescendos and Brent Hinds’ complex yet magnificent guitar solos. It pains me to ever criticize one of my favorite bands, but there seemed to be something missing as they played the opening song. The music was tight and unwavering, but the dual vocals of Hinds and bass player Troy Sanders seemed labored. And Hinds’ lime green pants did little to hide the fact that it was hard to hear his guitar through the song, a nuisance, as his intricate picking is a highlight of the track. These are minor critiques, because as with most bands it takes a song or two to establish the feel of the show, which of course they did.

They continued with “Divinations” from Crack the Skye and the heavy, sludge metal “Crusher Destroyer” from Remission. Next came the energetically intricate “Capillarian Crest” from Blood Mountain, its repetition infectious, spawning the crowd into fits of frenzy just as lasers from behind drummer Brann Dailor emerged and danced atop the ceiling. “Black Tongue” from The Hunter moved into the beautifully chaotic “Bladecatcher” to “Crystal Skull” and “Siberian Divide” each from Blood Mountain. But just as they began “Naked Burn” from Leviathan, Hinds stopped the music to comment on the heat and his obvious sore throat—which explained his subdued singing—and to admonish a roadie named Jeremy for not having his guitar tuned. He joked that this is what they have come to, “tuning guitars on stage.”

The set was straight to the point, with little interaction from the band and no accompanying video as in tours past. Just a cornucopia of Mastodon hits from all of their albums, and with two surprise new songs “Chimes at Midnight” and “High Road” off the new album due out this June. Dailor’s drumming is still one to be marveled. His style is so lively and forceful he must need to eat 4000 calories a day to stock up on energy for shows. Sanders’ growling vocals can only match his unruly hair and beard in awesomeness while guitarist Bill Kelliher played stoically to the side, with a styled haircut replacing his punk mullet of years past. They capped off the night with “The Sparrow,” the final track from The Hunter. It’s a lovely song with the lyrics “pursue happiness, with diligence.” Not lyrics generally heard from a metal band but understandable for those who know the band and their personal hardships of years past. It was a fitting way to end an hour and half of monumental metal on a Monday night in Denver.