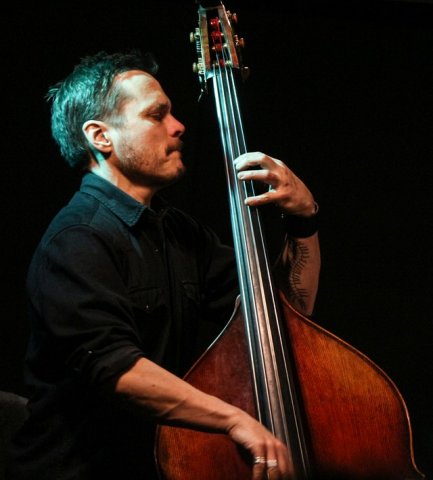 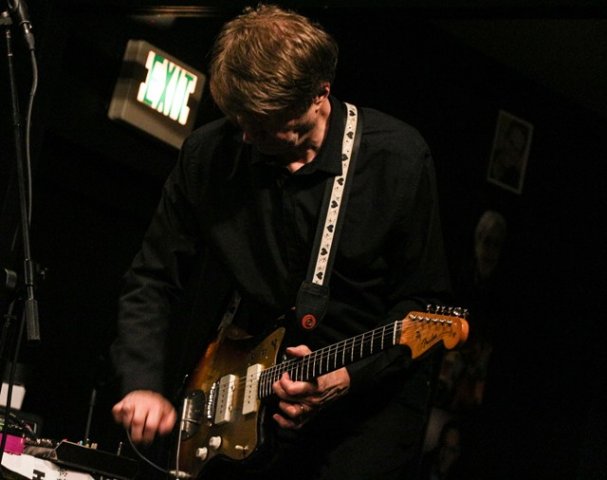 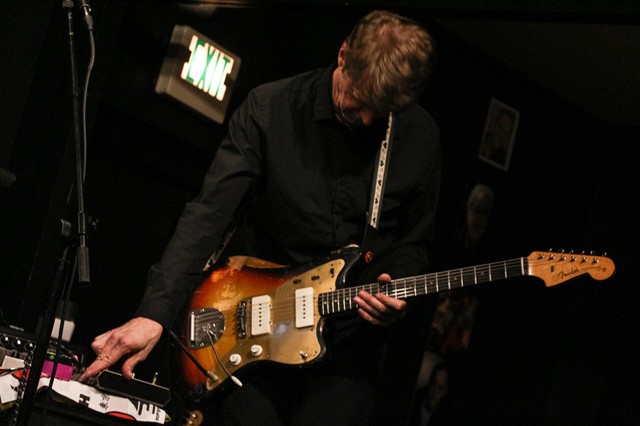 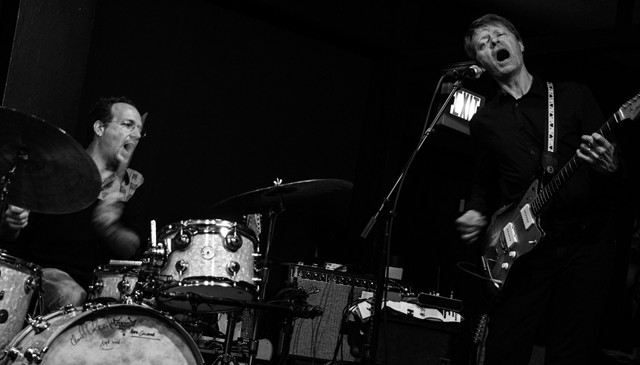 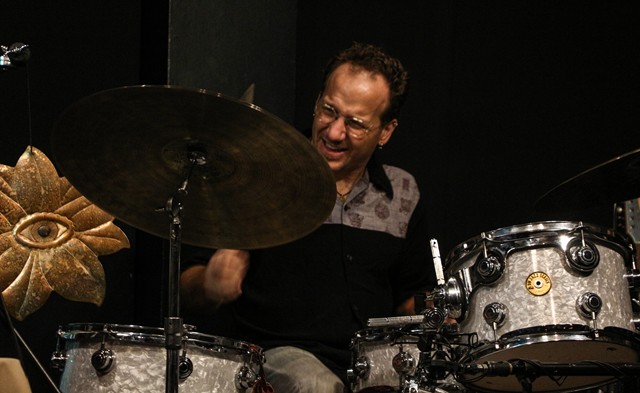 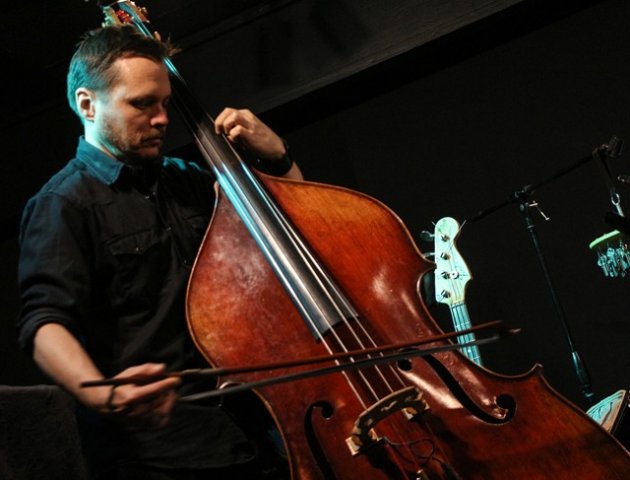 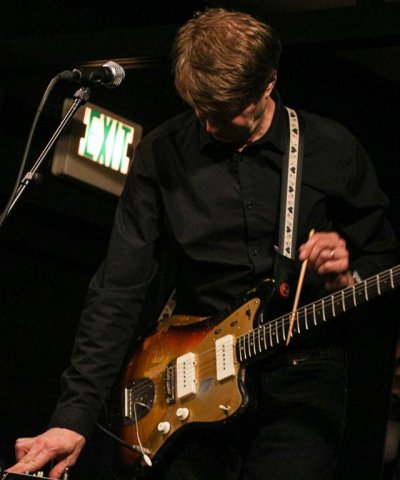 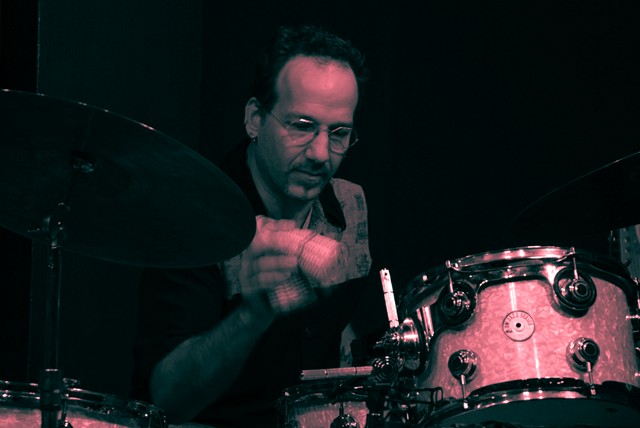 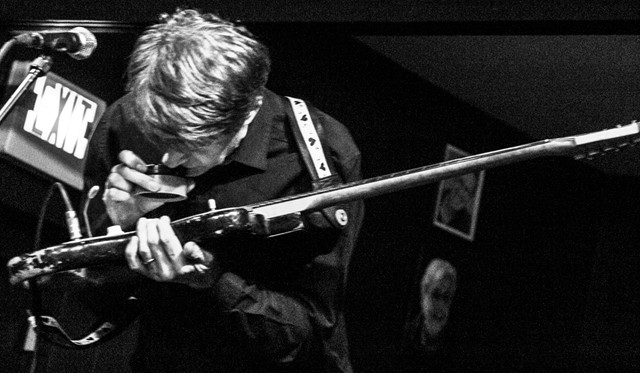 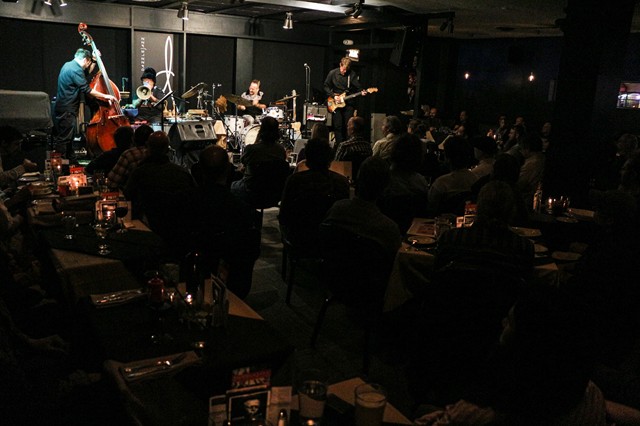 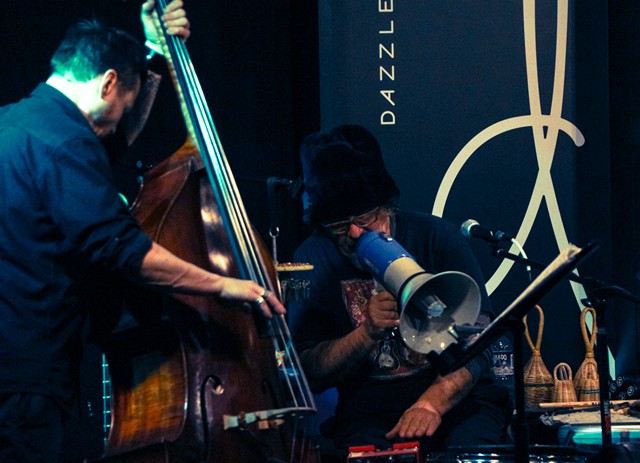 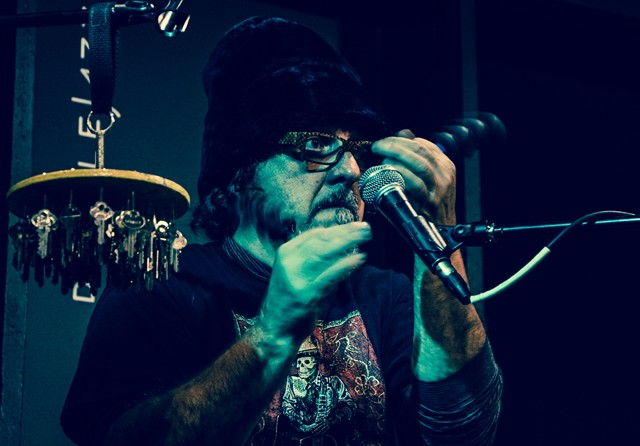 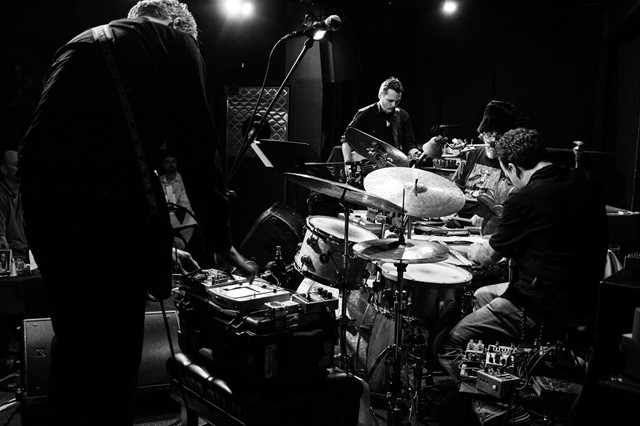 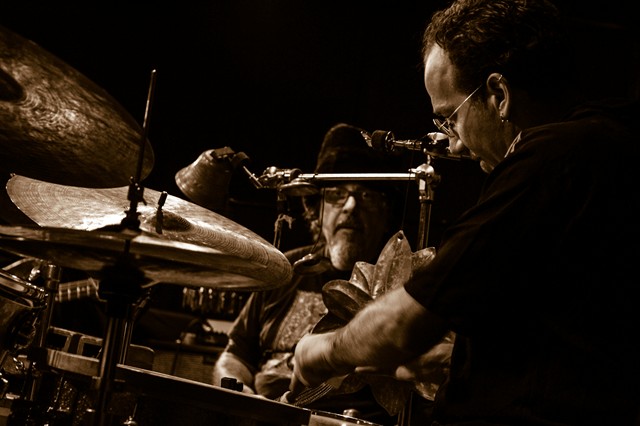 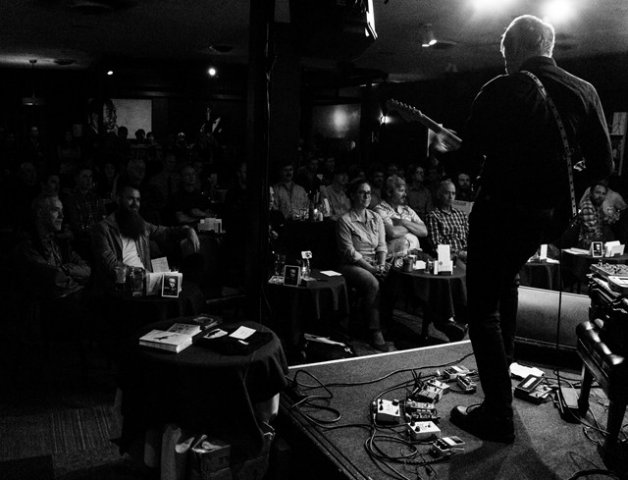 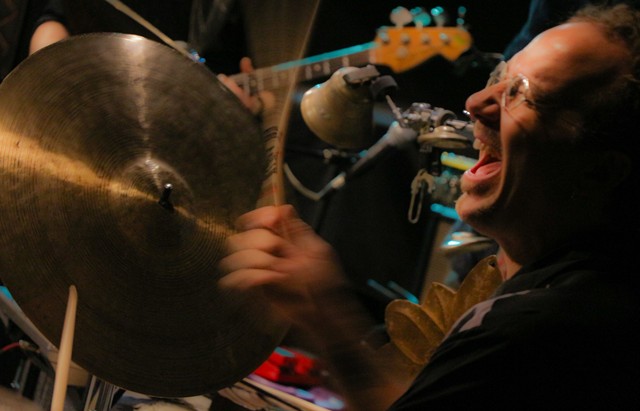 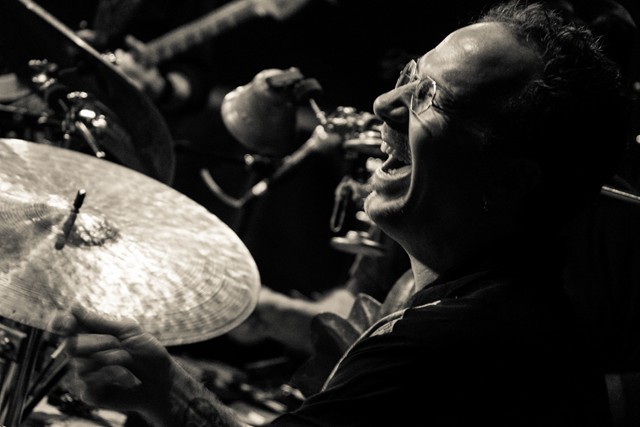 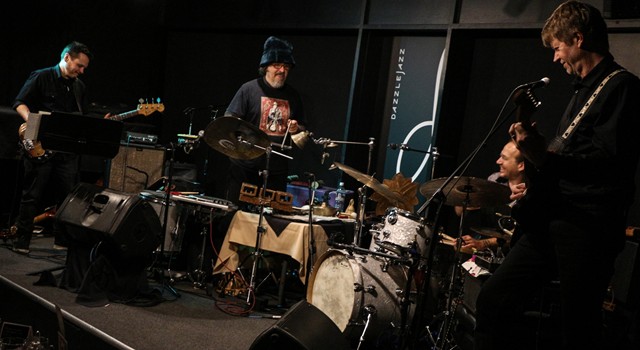 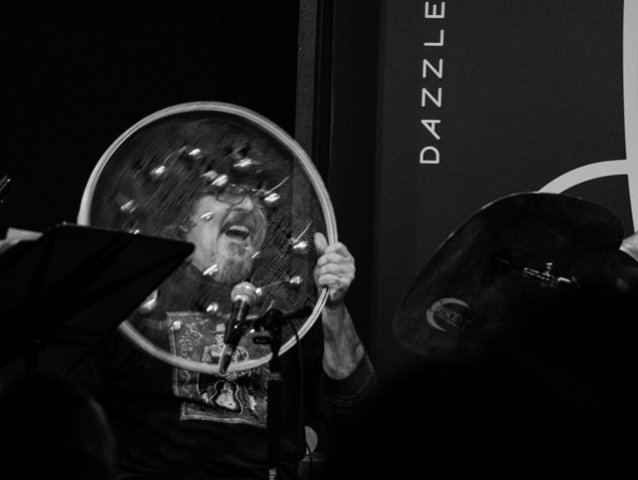 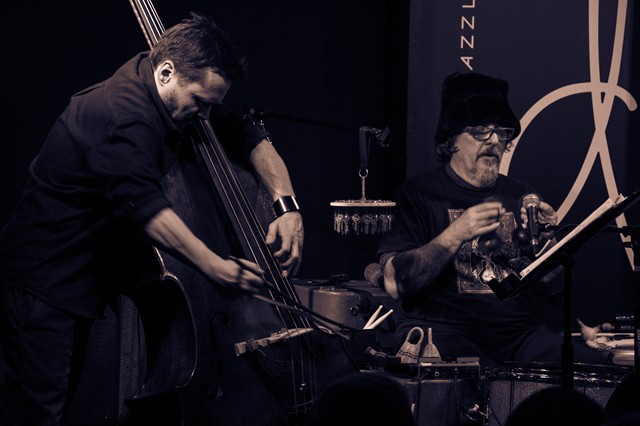 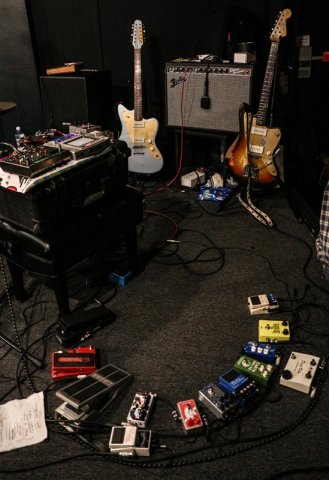 Wilco guitarist Nels Cline’s side project, The Nels Cline Singers is more of an approach to sound facilitated through creative minds than it is a band (in the traditional sense). We call it a band so people will understand, but there are people that simply transcend. Dazzle’s show on Wednesday night was more of a happening; a musical meeting of the minds.

Something from nothing grew from a slow stir of experimental musings at the start of the performance. The aptly title “Soundprov” was the first piece to emanate from the stage. Bass, percussion, drums, and guitar was the instrumentation from stage right to left; Trevor Dunn, Cyro Baptista, Scott Amendola, and Nels Cline respectively. “Soundprov” and the subsequent song “Divining”, featured all players exploring on their instruments, especially percussionist Cyro Baptista who must have had more than fifty different percussion instruments, mostly homemade at that. From squeaky knick knacks and hanging key chimes to jingle bells on fish netting, Baptista added rhythmic colors that always held interest and was downright entertaining to watch.

Most of the tunes played followed a similar form, slow building like that of a sonata’s exposition before jettisoning into dynamic jamming. Drummer Scott Amendola ended up rupturing the bottom of his snare head during one of the song (keep in mind that this is not the part being hit). Nels put on a veritable exhibition of sonic mad science experiments while bassist Dunn followed right behind with cushy low end. The performance was one and a half hours of free jazz and jam contained in intriguing compositions. The Dazzle shows were part of a mini tour in support of the Singers’ recently released Macroscope. Sold out for good reason, Nels and company left curious ears wanting more.