Trending Stories from The Marquee
You are at:Home»Festival Coverage»Snowmass Mammoth Grows While Keeping True to Spicy Roots
By Marquee Magazine on May 1, 2014 Festival Coverage 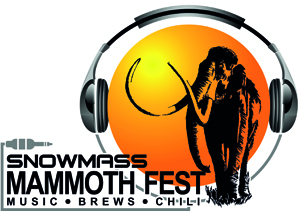 Snowmass Mammoth Fest is one of the state’s newest festivals but it’s celebrating its 11th year. If that doesn’t make much sense consider that for its first nine years the festival was known as the Snowmass Chili Pepper & Brews Fest.

Last year, though, the festival turned a corner and put more emphasis on the spice of music rather than the spice of chili (although a chili competition is still part of the event). This year, they’ve upped their game even further, expanding the festival to three days and bringing in groups like the Chris Robinson Brotherhood (who released their third album last month), Indiana’s Houndmouth, who a few years ago landed a record deal at SXSW on the merits of a homemade demo tape they had made, and the consummate party hosts Leftover Salmon.

In addition to putting forth a solid lineup for the main stage, the festival will also host late-night “Village Vibe” shows, including an additional set from Houndmouth.

You need to know: Don’t eat before you go — at least not on Saturday. The festival has maintained some elements true to its original roots as a chili and beer festival. Saturday will feature a grand tasting with over 25 beers from microbreweries across the region, and on both Friday and Saturday there will be chili competitions and tastings. The first place winner of each category (Best Red, Best Green and Salsa) will advance to the International Chili Society World Championships.

Camping: Camping is done per person, rather than per campsite, and it’s tent camping only. But the campgrounds are adjacent to the festival grounds.