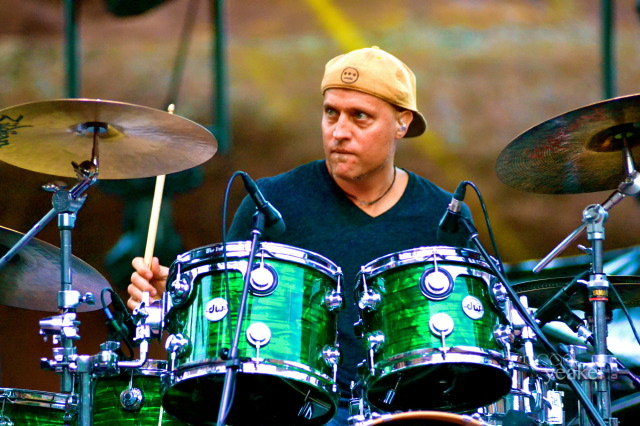 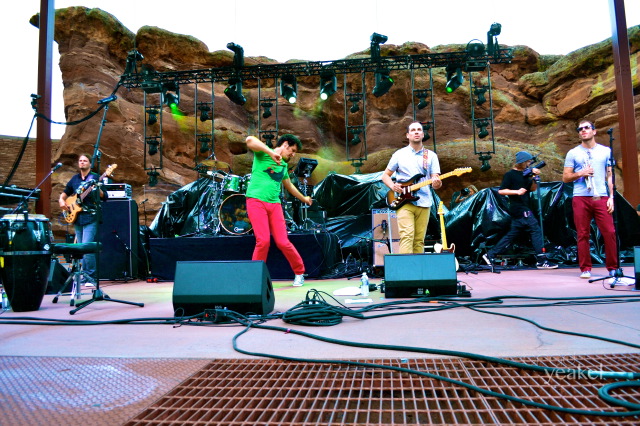 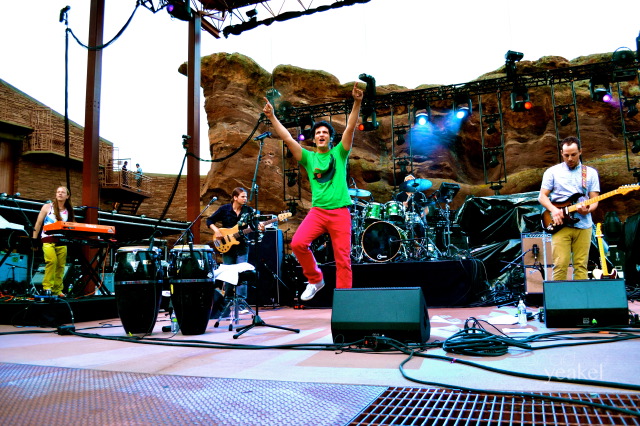 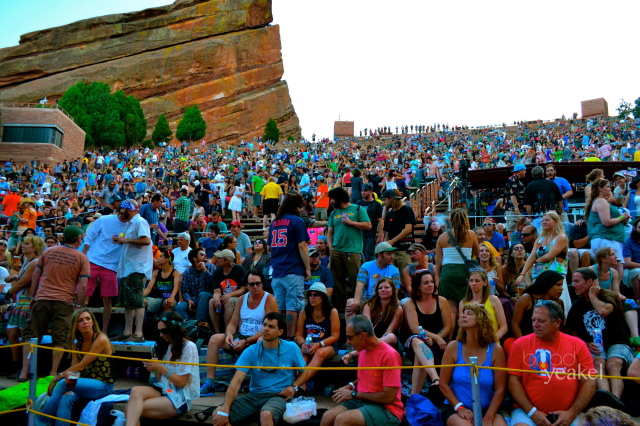 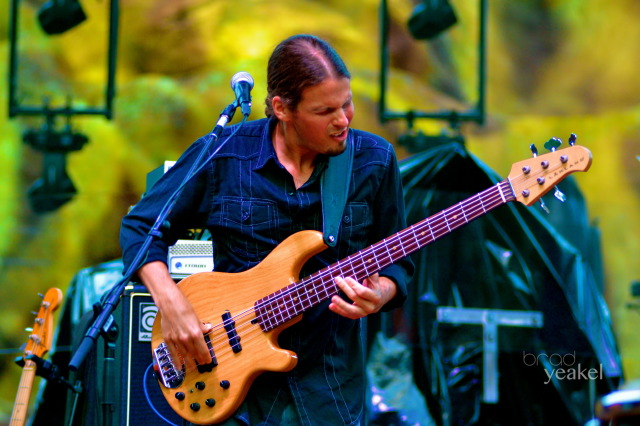 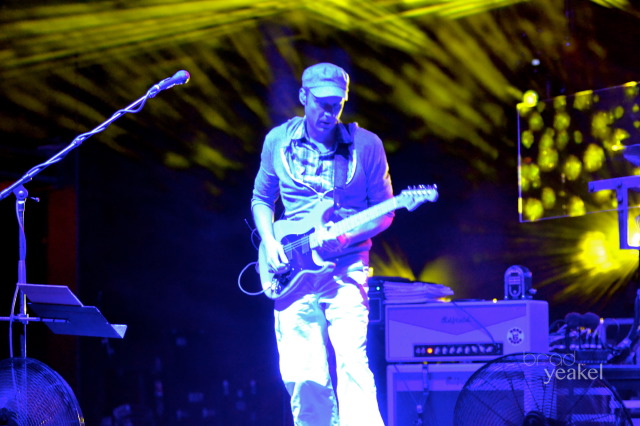 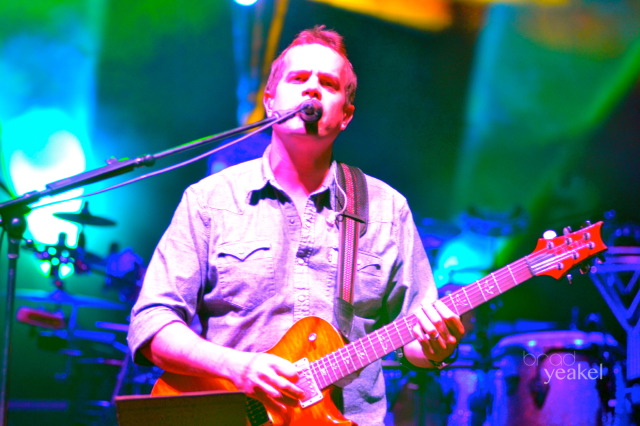 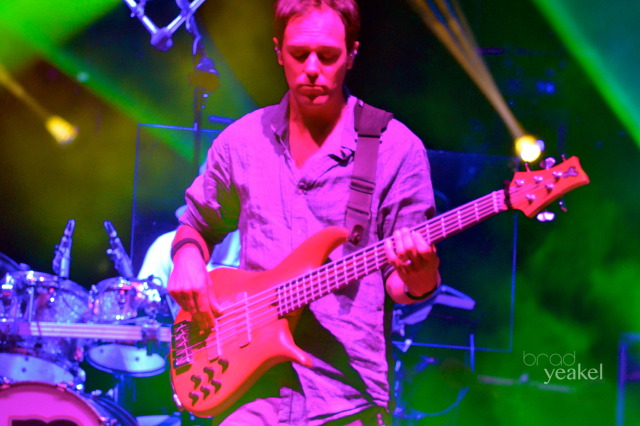 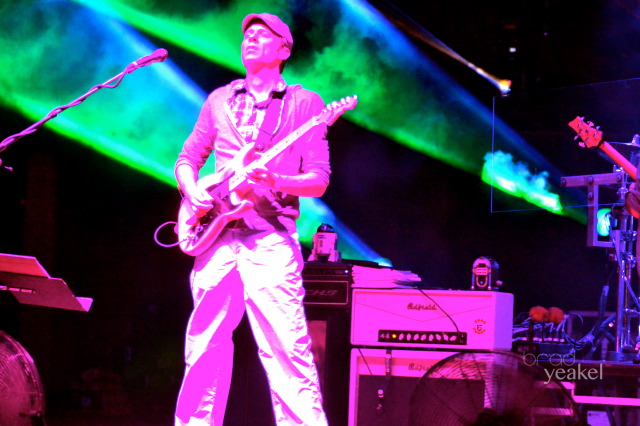 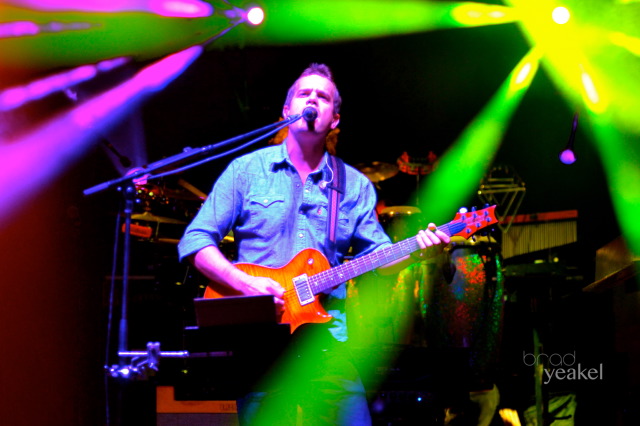 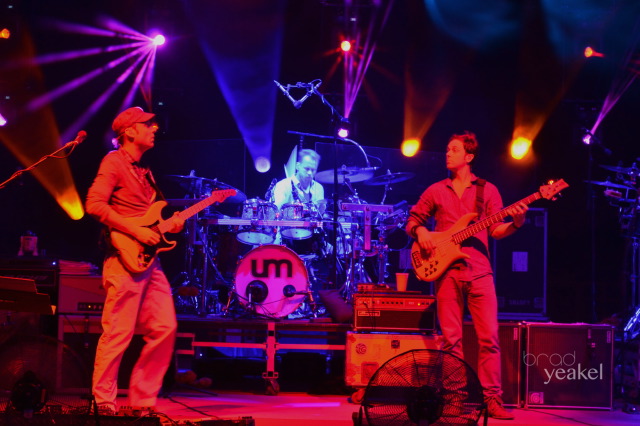 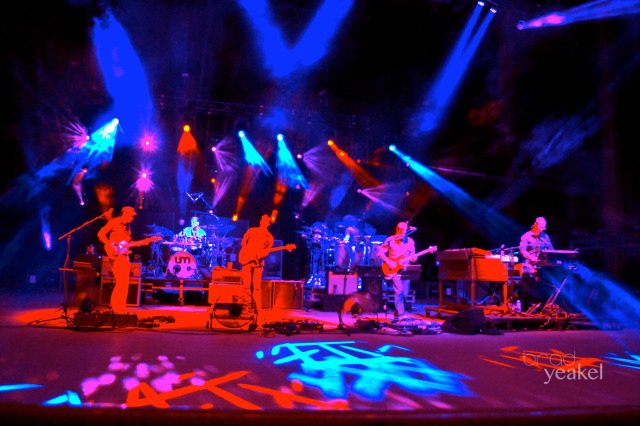 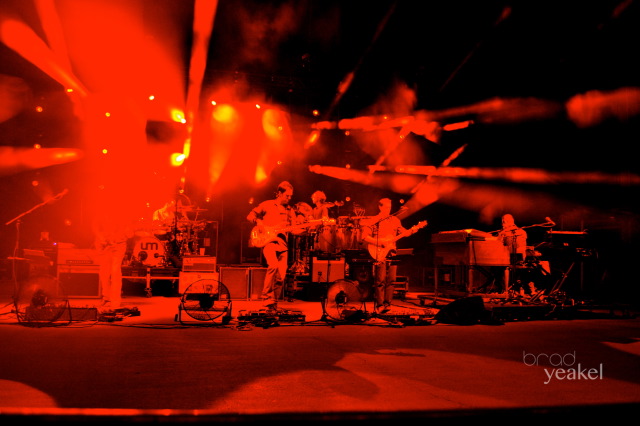 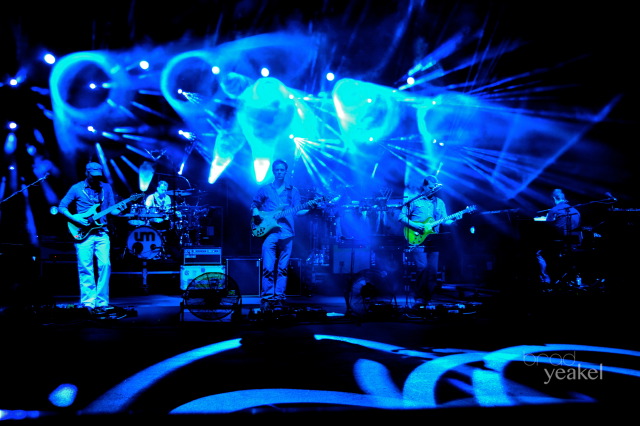 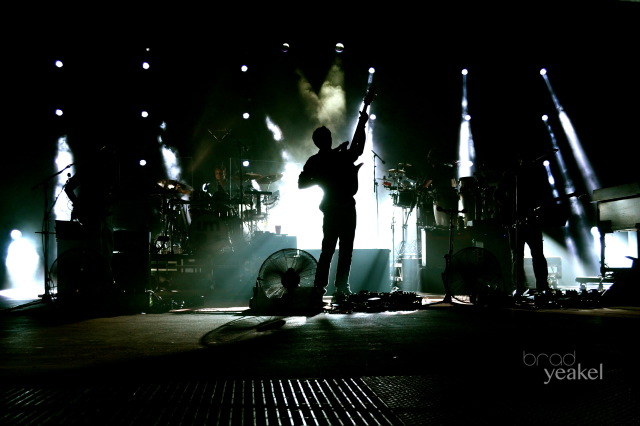 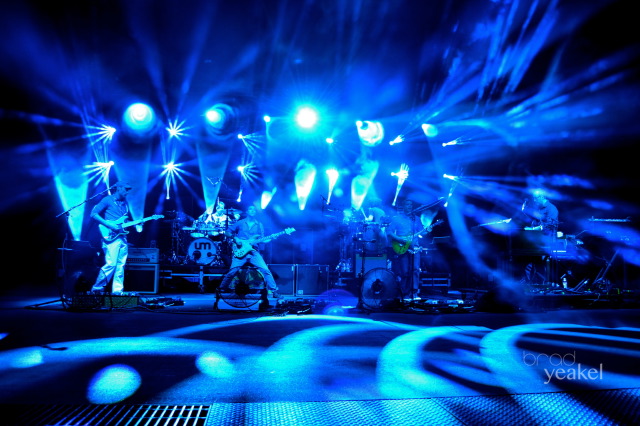 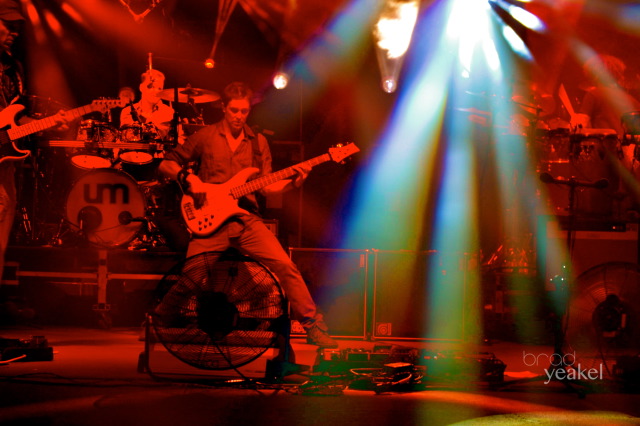 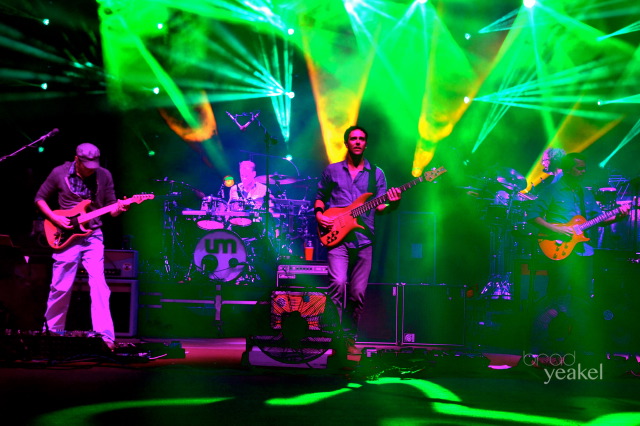 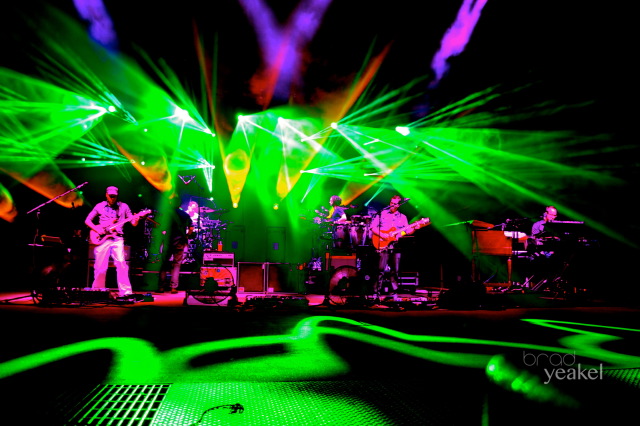 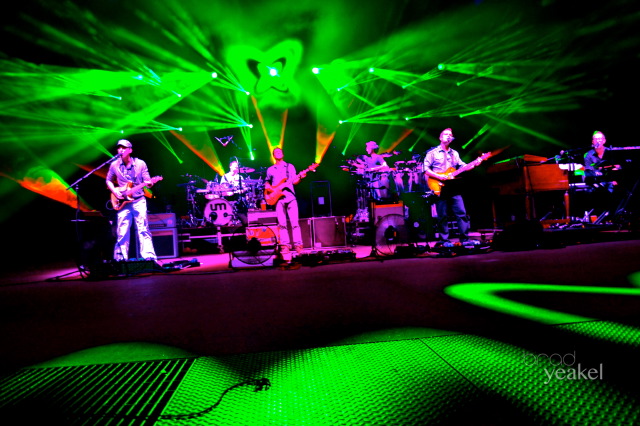 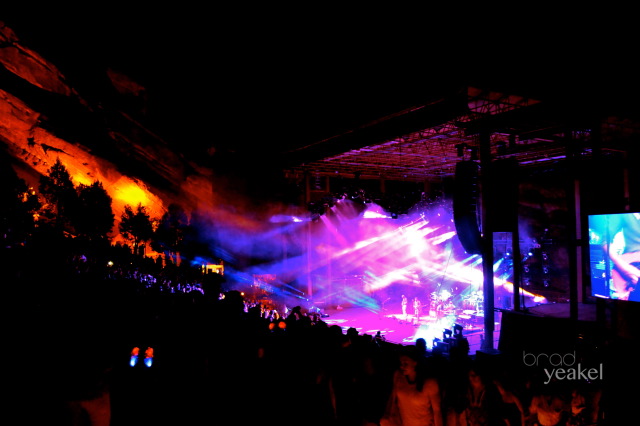 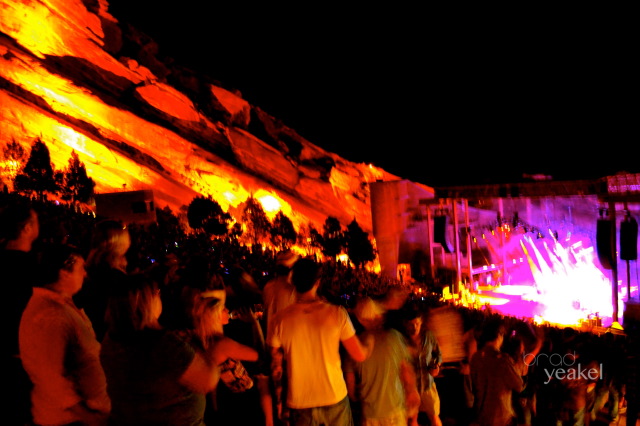 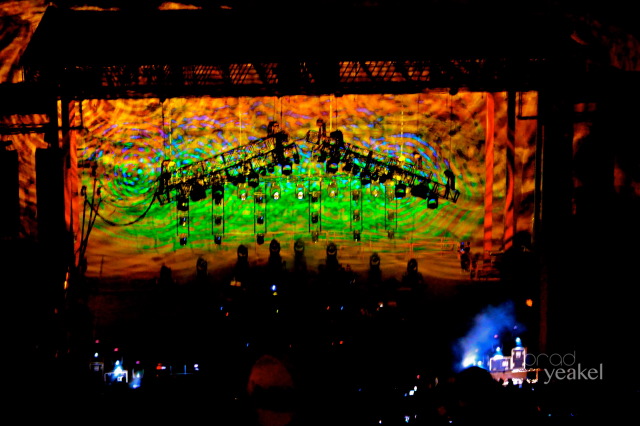 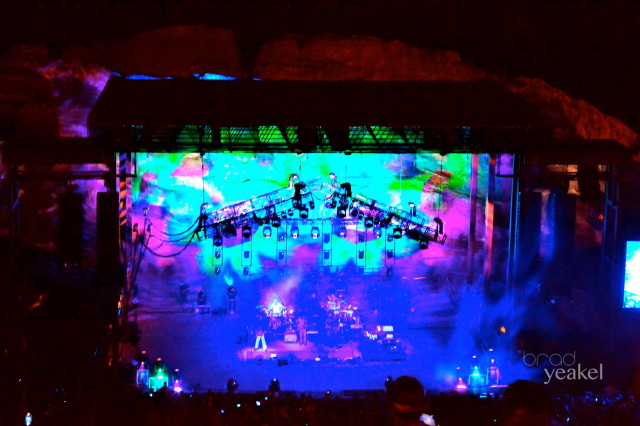 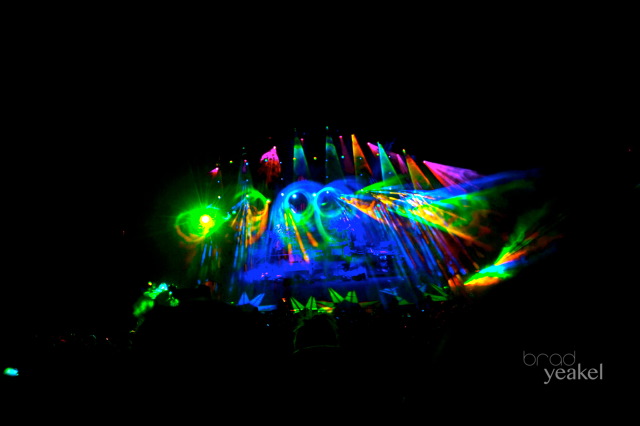 After a scorcher in Boulder, I was lucky I made it in time for the Motet. Unfortunately, I missed Moon Taxi, who I heard were awesome. I got through the gate with my credentials just in time to get some photos of Colorado’s house funk band. The Motet were visibly excited for an opportunity to play the most famous outdoor venue in the country. Singer Jans Ingber said as much, “This is the Colorado love we have been waiting for!” With giant smiles, the funky music came to life. While the band played a tight set of well executed grooves, the absence of funky diva, Kim Dawson was disappointing. Even without the beautiful and talented singer, the Motet laid down a solid, upbeat set that put the Rocks in an excellent head space for the main event. I couldn’t have thought of a better opener if I tried.

When the main event came around, I was giddy with excitement. McGee’s lighting guru Jeff Waful awed us with his morphing patterns of hyper-colored hysteria on the ancient canvas of Stage Rock.  The band made their way onto stage during a debut version of “Lucid State.” This was just the latest of a series of show opening launch vehicles. The band entered to a programmed pattern, built on it with improvisations, and ultimately sprung into “Conduit.” The way they’ve utilized these intro pieces has really provided some exciting musical moments.

First set was sharp, but it took a couple songs to get the band warmed up. The energy blasted off like a rocket when they started the classic “All in Time”. With monstrous jams, breakneck speeds, precise changes, and hairpin turns, it was truly a remarkable version of the heavy hitter.       In a band that boasts virtuosic chops from all members, Ryan Stasik really seemed to have sharpened his skills to a new level. His contribution to the “All in Time” was ambitious, creative, fresh, and full of entertaining ideas. The second jam was predictably filled with guitar dualing insanity as Jake Cinninger and Brendan Bayliss played in, around, off, and through each other in a weaving onslaught of melodic interplay that can truly only be described as amazing. And that was just one song. The rest of the evening was filled with more musical equivalents of high wire, fire juggling, unicyclists on Mars.

The band were marksmen… Musical snipers capable of dropping you in your tracks from three miles away in a blizzard. They tried out new material, and generally executed those songs pretty well also. There were some I will need to hear a few times before I can decide how I feel about them, but even those were played without mistakes or missteps. The unexpected cover of Bob Seger’s “Hollywood Nights” was well received and had the crowd getting loose.

The entire second set was money. The opener of Little Gift wasn’t my cup of tea, but it definitely brought a heavy rock and roll touch to the evening, and from there, the set was excellent. High energy, good song selection, exploratory jams, and more dazzling lights marked a set that visited “Bridgeless”, ” Bad Friday”, “Dump City”, “Slacker”, “Wappy Sprayberry”, and “Jajunk” before breaking for encore. Once again, McGee was stupendous. Their razor-sharp delivery rarely wavered. Really, even a bad night with Umphrey’s was usually better than a good night with most bands. For the encore they jammed with the Motet on the Band’s “Ophelia,” before “Haji” and the resolution of “Bridgeless.”

As we gathered our things and reflected on an evening of phenomenal music in the world’s most beautiful venue, I was grateful to be able to have another opportunity to see one of the hardest working bands in rock and roll.