Trending Stories from The Marquee
You are at:Home»Album Reviews»Crowboy ‘Kicking Up The Clouds’
By Marquee Magazine on August 1, 2014 Album Reviews, Brian F. Johnson 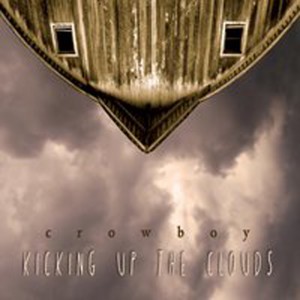 Kicking Up The Clouds

Multi-instrumentalists Todd Redmond and Christopher Smith aren’t afraid of doing all the heavy lifting on their own. After Crowboy’s last release the band gigged regularly as a five-piece, but for Kicking Up The Clouds the two shared all of the songwriting and instrumental duties. While Crowboy may have shed some players recently, the country rock on this latest release doesn’t come across as sparse. Instead Redmond and Smith reached deep into their collective bag of tricks to give the album a full-band feel, and in doing so, ended up with a raucous collection of tracks that feature plenty of twang, and highway-friendly, beer-raising rockers. “Restless Young Heart” is the exception — a slow, melodic ballad that is one of the EPs highlights.