Trending Stories from The Marquee
You are at:Home»Album Reviews»All Chiefs, No Indians ‘The Danger Mission’ EP
By Marquee Magazine on September 30, 2014 Album Reviews 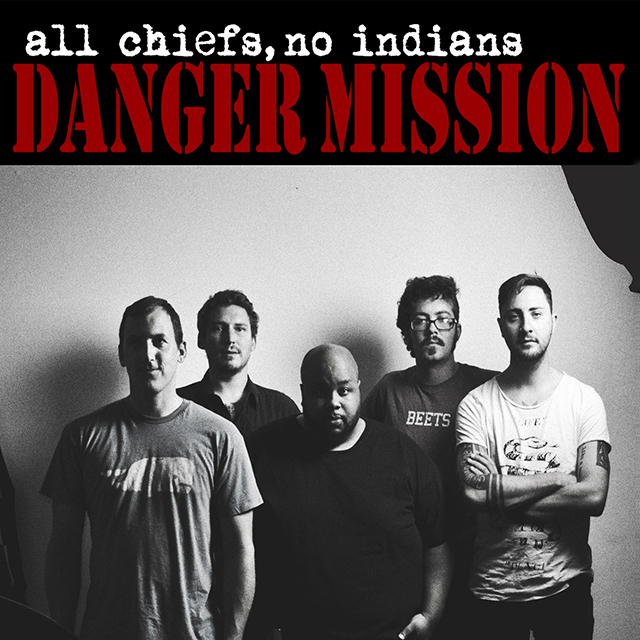 All Chiefs, No Indians

It might be filed under “indie-rock,” but All Chiefs, No Indians debut release Danger Mission sounds like it could be the soundtrack to a 1980s John Hughes movie.

The retro-styled rock is the product of two former members of Boulder bar band Tommy and the Tangerines, Mic Caroll (vocals) and Ben Batchelor (drums), who have teamed up with former Painted By Numbers guitarist Nick Story and keyboardist/guitarist Justen Howerd, formerly of U.K. indie darlings Empire of Lights.

Heavy on the keys, with “Edge” styled guitar licks, capped by Carroll’s soaring vocals, Danger Mission seems to follow everyone from Samantha, to Ducky to Bender through a year at Shermer High School, from the first day of class, all the way through prom, and all of the angst and bliss in between.