Trending Stories from The Marquee
You are at:Home»Album Reviews»Hot Apostles ‘Wheels of Motion’ EP
By Marquee Magazine on September 30, 2014 Album Reviews 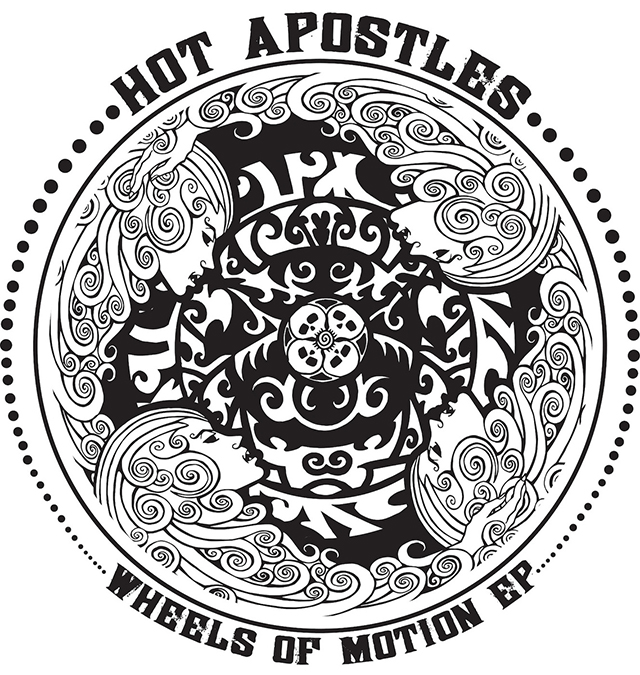 The Hot Apostles are on a prolific roll. The Denver-based, female-fronted rock band’s release of their Wheels In Motion EP is the first installment of a slew of digital and 7” vinyl releases that the band has planned over the next year.
This four song release lays the foundation for those future releases, with a straight-forward rock sound. It’s the kind of EP that Wayne and Garth would have listened to, and no doubt the mullet-sporting gents from Aurora, Ill. would have given a “schwing” in the direction of lead vocalist Eryn Swissdorf. The sound might be a bit dated, but it still beats the hell out of the Tia Carrere-fronted band that Wayne obsessed over.