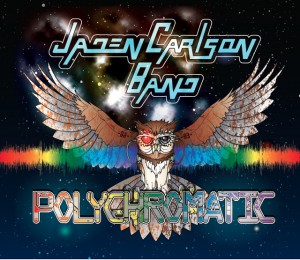 Colorado has watched Jaden Carlson literally grow up on stage. The guitar prodigy — who has the distinction of being the youngest artist to legitimately perform at Red Rocks, twice — has grown from a young girl with a guitar, to a guitarist recognized for her playing, not her age. But, it’s still damn impressive that the leads and licks on Polychromatic — her fourth full-length release are not only played by, but written by the 13 year old. Tracks like the opening “Essium” and the eight-and-a-half minute “Mudflip” show a prowess in both rock, jazz and funk that many players two, three or even five times her age don’t have. Her growing voice still struggles in spots (call it an age-related hazard) but her lyrics and  conscious messages overshadow any flaws in her singing.