Trending Stories from The Marquee
You are at:Home»Album Reviews»Nick O’Connor ‘Fly Away’
By Marquee Magazine on September 1, 2014 Album Reviews, Brian F. Johnson 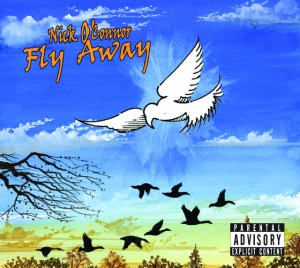 The diversity of styles on this album is so broad, that at times it seems like Fly Away could crash and burn at any moment. But Longmont’s Nick O’Connor and producer/Grammy winner John Macy somehow manage to keep the wings bolted on, and they do so while exploring a lot of territory. The album starts with the track “American Tale” which despite it’s horn heavy New Orleans influences, turns out to be a full-on Americana track. But the very next song, takes a sultry jazz flavor and twists it until it actually comes off like a long-lost Gary Louris (Jayhawks) song. O’Connor’s unwillingness to simply fall into the Americana category is what makes Fly Away interesting and unique.