Trending Stories from The Marquee
You are at:Home»Album Reviews»Reed Foehl ‘Lost In The West’
By Marquee Magazine on September 30, 2014 Album Reviews 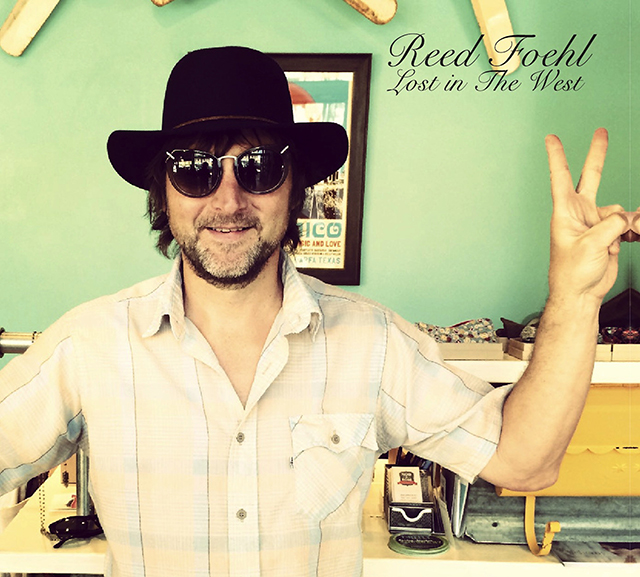 Lost In the West

Forget about the uninspired cover art — a kind of goofy picture of Foehl in silly sunglasses, holding up a peace sign — Lost In The West comes across like a follow up to Neil Young’s 1977 album Comes A Time. Foehl’s tracks easily fit alongside songs like Shakey’s “Comes a Time,” “Peace of Mind,” and “Look Out For My Love.”

The opening melancholy notes of “Four Lanes” and the sparse lead guitar work is instantly enthralling, and once Foehl’s tenor voice starts to sing “Oh my, there goes my everything,” the entire tone of this wonderful album is set in place.

The former frontman of the ’90s jam band Acoustic Junction surrounds himself on this album with fellow songwriters Gregory Alan Isakov, Esmé Patterson and former Coloradoan Jefferson Hamer, who all add writing credits to Lost In The West.

Foehl, who’s song “Fly” was recorded and released by Lee Ann Womack earlier this year, has found the formula to make simple phrasing and lyrics overflow with emotion and Lost In The West showcases that skill with power and grace.

Reed Foehl – Lost In The West / 1 from shimmer-ready on Vimeo.