Trending Stories from The Marquee
You are at:Home»Album Reviews»Silent Bear ‘The Green Lion’
By Marquee Magazine on September 1, 2014 Album Reviews, Brian F. Johnson 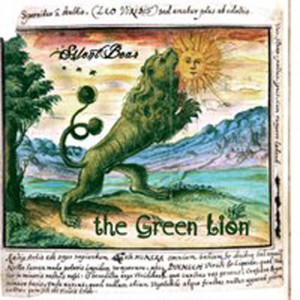 In the long list of contributors on Silent Bear’s new The Green Lion, there is a name that is written just like all of the other musicians. It’s in the same color, the same typeface, and simply lists the four tracks that he performed on. But somehow the name jumps out of the liner notes, as if it were a blinking neon sign.

Alongside local musicians like Greg Schochet, Paa Kow, Lionel Young, Bonnie Paine and Daniel Rodriguez as well as several others, the legendary and recently departed Pete Seeger is credited, and with that listing The Green Lion jumps from an admirable local release to an “oh, wow” kind of release.

On the final track of the album, Seeger sings Silent Bear’s song for Leonard Peltier, “Bring Him Home,” and as the tape runs out, Seeger says, “Yup, you got a lot of good words there.” It’s a wonderful ending to a heart-felt project by one of Boulder’s enduring songwriters.