Trending Stories from The Marquee
You are at:Home»Album Reviews»Whiskey Autumn ‘Into Something New’
By Marquee Magazine on September 1, 2014 Album Reviews, Brian F. Johnson 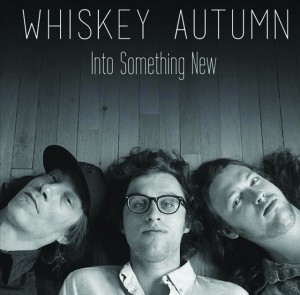 “Letterman Sweater” which opens this disc, is an aptly named track that sounds like it was listed from a 1950s sock hop playlist. It’s 1950, early 60s pop that is dripping with sing-songy harmonies and hooks. “So Wise, So Young” is somewhat along the same lines, though not quite as poppy, but the second half of this four-song EP is pure modern Americana. That dichotomy may be a bit jarring, but whichever side of the fence Whiskey Autumn is on at any given moment it is still highly engaging. “Born Again” is a catchy singer/songwriter tale with an infectious chorus.