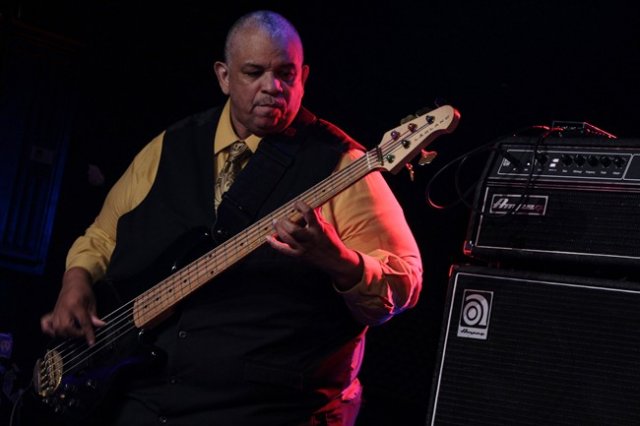 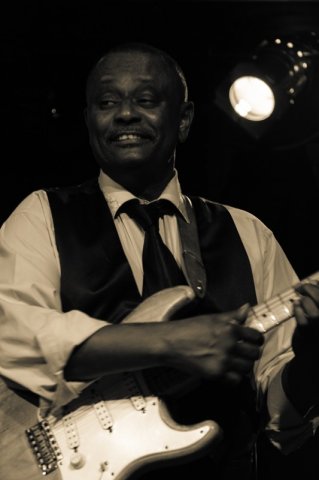 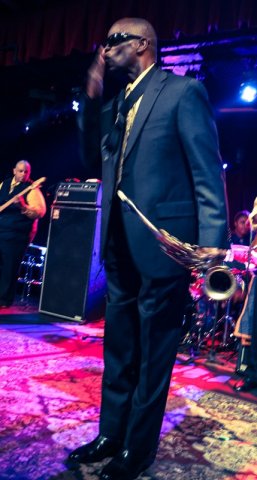 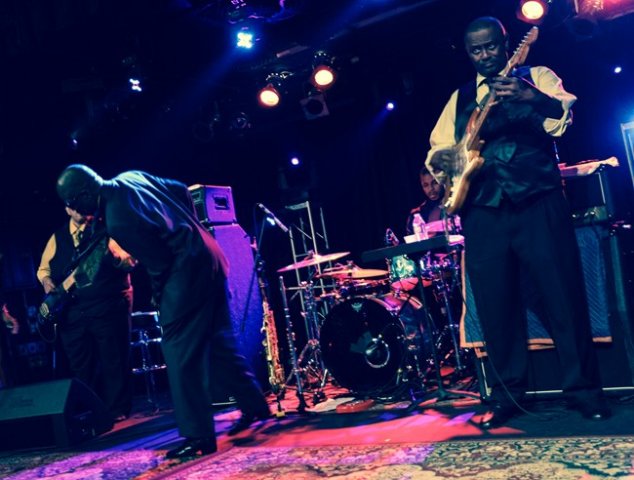 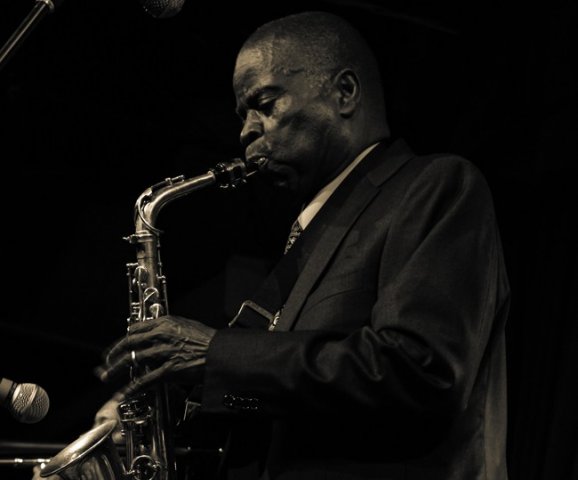 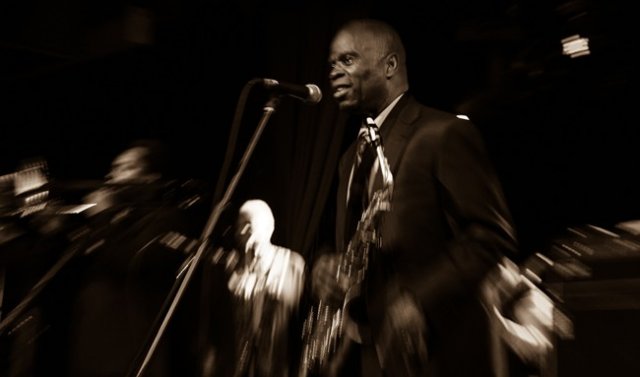 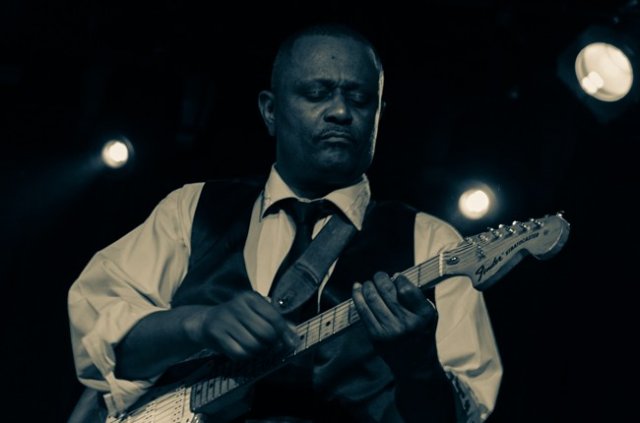 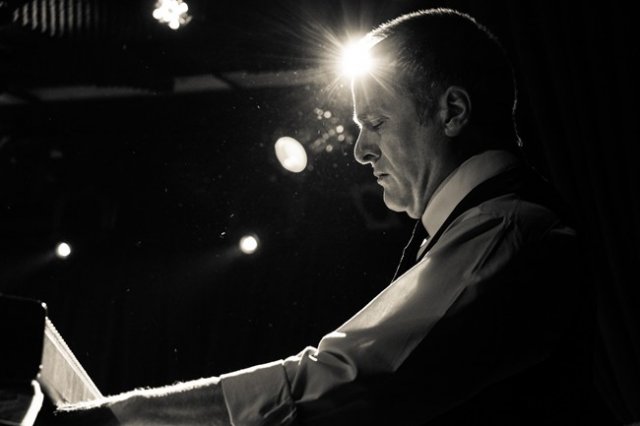 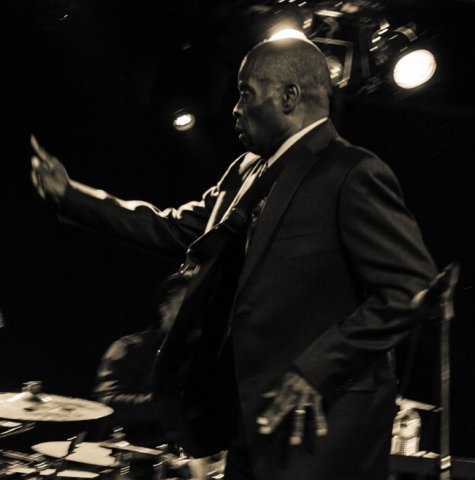 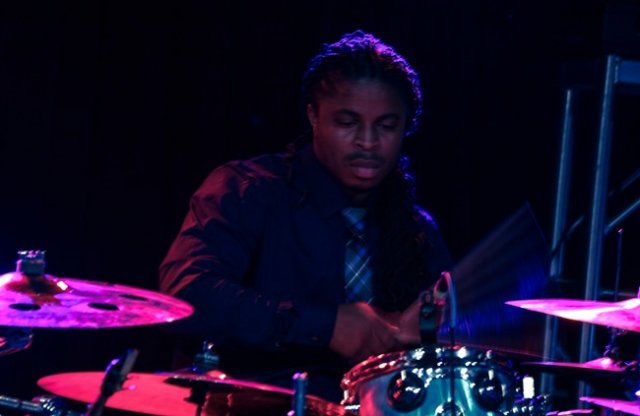 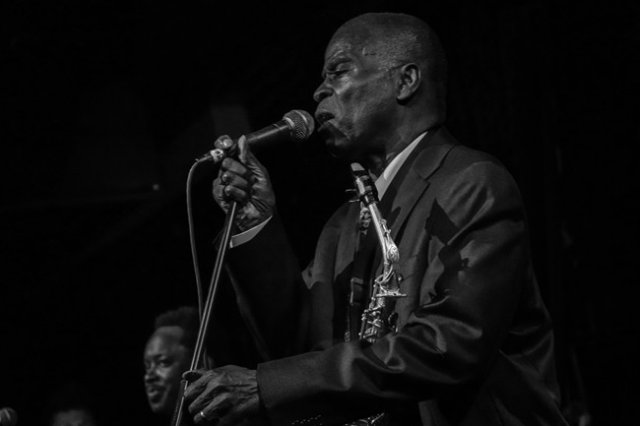 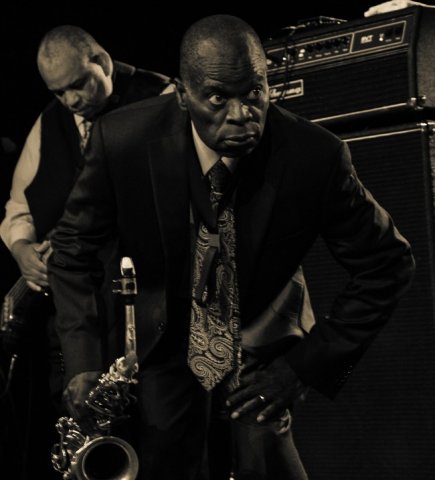 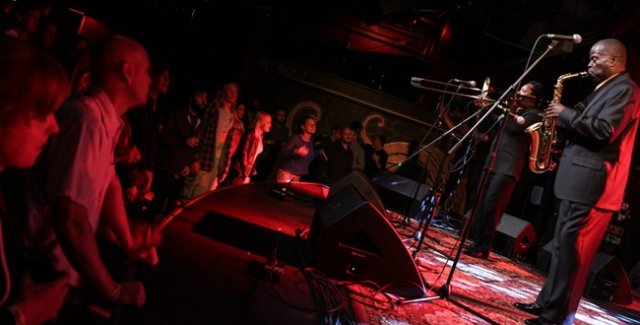 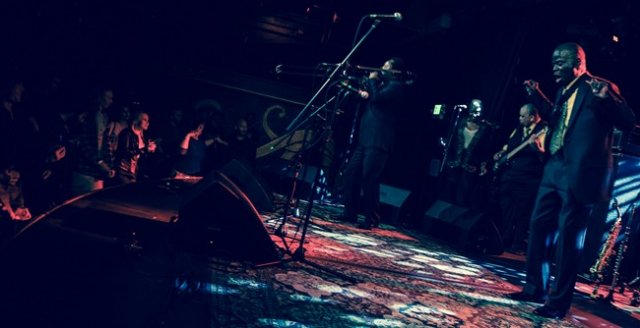 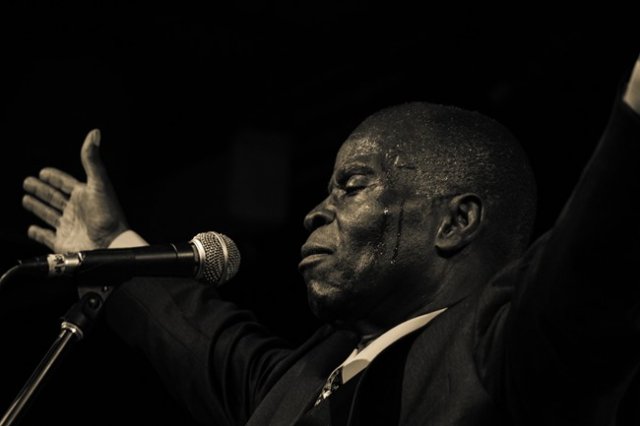 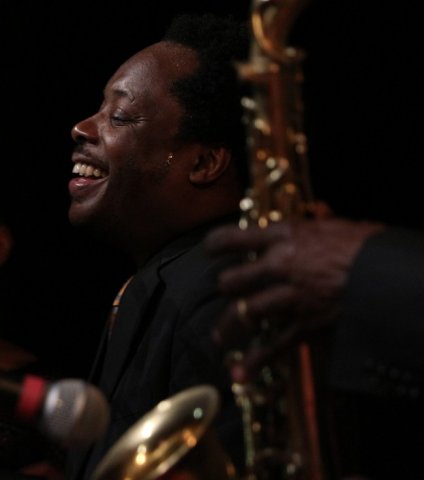 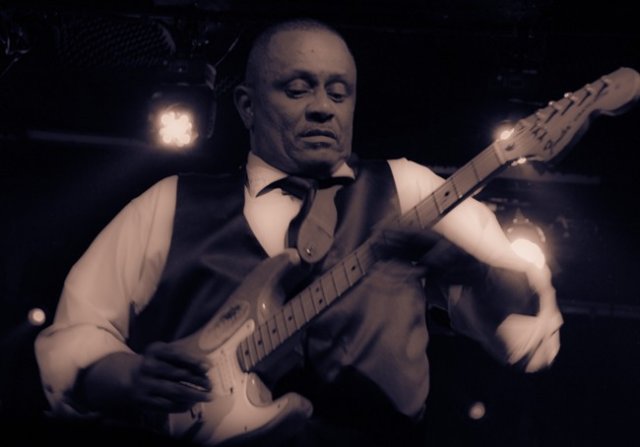 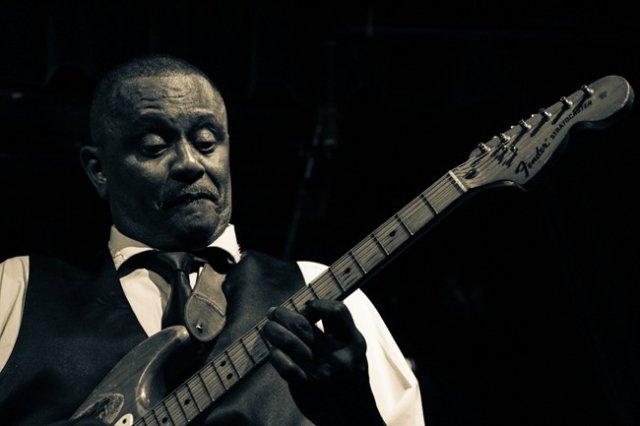 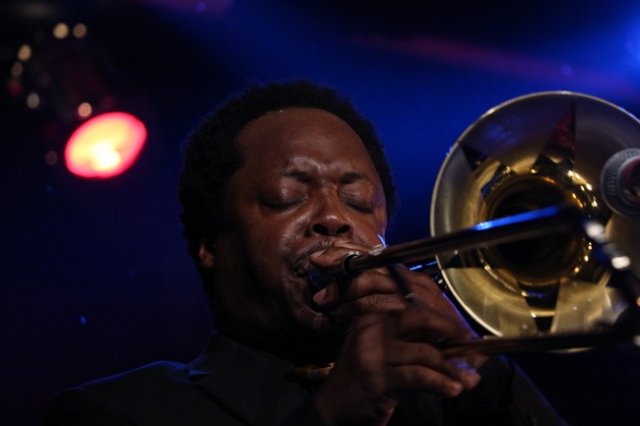 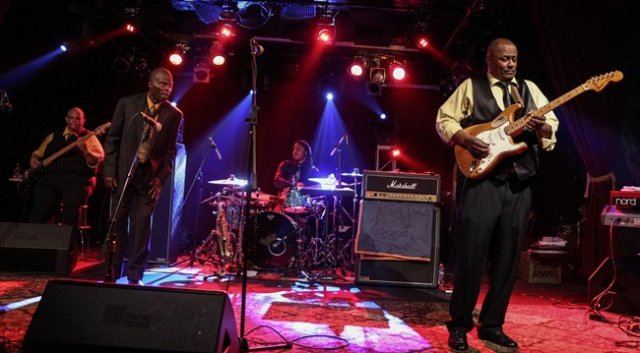 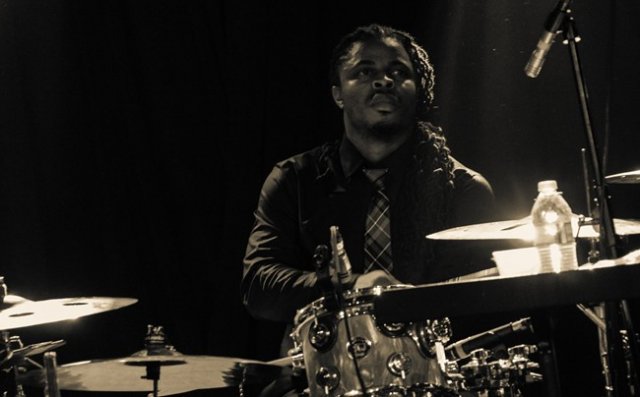 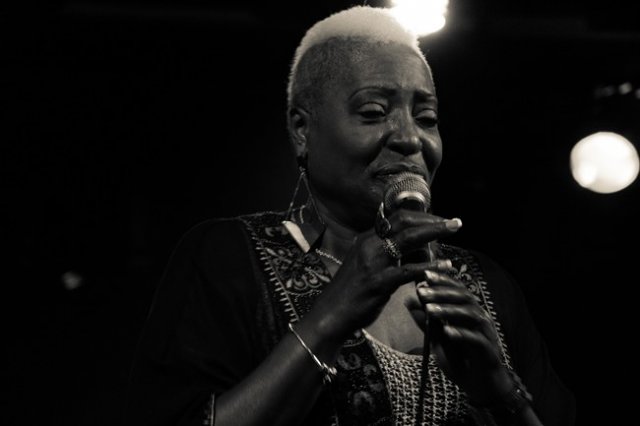 Photos and words by Derek Miles

As an alumni of James Brown University, Maceo Parker holds a legacy of funk and soul music all his own. His credentials, chops, and career put Parker among the masters — and what a treat to experience the soulful craft, pure and unadulterated. Still in top form and high spirits, Parker and his band held a sermon of a funk show. You can call Cervantes church on a night like this.

Cervantes has always been a choice venue for shows of the ‘get-down-and-boogie’ variety, such as this. The band wasted no time as they started to vamp before Maceo took the stage. The presence which Parker exudes on stage demands attention; the kind of presence that translates to “stop, look, shut up and listen.” The band he has assembled deserves the same kind of attention and respect. Every member of the band stands on their own as incredible musicians, not unlike any of the bands which James Brown put together. Maceo’s band was undeniably tight.

The show featured many Brown classics and other covers like Marvin Gaye’s “Let’s Get It On.” Guitarist Bruno Speight took a stirring solo early in the set and continued to impress throughout the show with his unique approach to comping (accompaniment). Not only was the music phenomenal, but the show was downright entertaining. Maceo brought on a constant stream of laughs and smiles with his commentary, dance moves, and tip-of-the-hat impressions of James Brown and Ray Charles.

The show gained even more variety as each of the band members was given space to strut their stuff. Both female backup singers took the lead vocal on two of the songs and to no surprise, had some serious pipes. Trombonist Dennis Rollins played a ballad accompanied only by keys. He stood at the lip of the stage and poured his heart out through his horn; pure art in sound and motion.

The show came to a close after the hard-hitting funk of “Pass the Peas” and an impromptu take on Maceo’s “Elephant’s Foot,” incessantly encouraged by a devout fan’s request from the front row.