Trending Stories from The Marquee
You are at:Home»Album Reviews»Esther Sparks and the Whiskey Remedy ‘Love Songs: Chapter One of the Human Experience’
By Marquee Magazine on November 1, 2014 Album Reviews 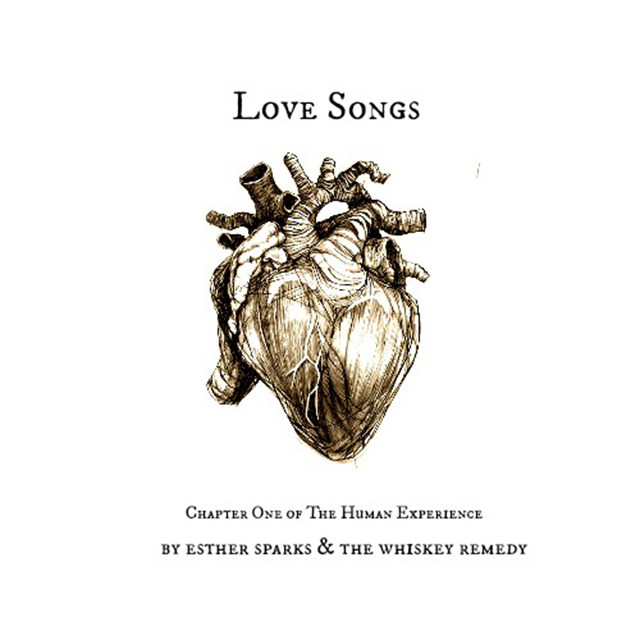 Esther Sparks and the Whiskey Remedy

Love Songs: Chapter One of the Human Experience

Esther Sparks has had a prolific run as of late, and it seems as if it’s only just beginning. Sparks and her band The Whiskey Remedy’s latest LP, Love Songs, is but the first chapter in a series of another four albums that the group will produce over the next few years.

Sparks and The Whiskey Remedy consider Love Songs as “Chapter One of the Human Experience” and the other albums will reveal more chapters, as the saga is released. The album’s first song “Forgive Me” starts delicately and softly, and serve as a sparse but solid foundation for Sparks’ Joni Mitchell-like vocals, which have just the slightest Scottish lilt. Three-quarters of the way through the song, The Whiskey Remedy builds to an almost spiritual crescendo before gently bringing the song back down for its conclusion.

The aptly titled album continues in that vein, with Sparks singing deeply emotional tales that are at times light and beautiful, and other times heavy and dark — hopeful and inspired, as well as wounded and brooding.