Trending Stories from The Marquee
You are at:Home»Album Reviews»Leftover Salmon ‘High Country’
By Marquee Magazine on December 1, 2014 Album Reviews 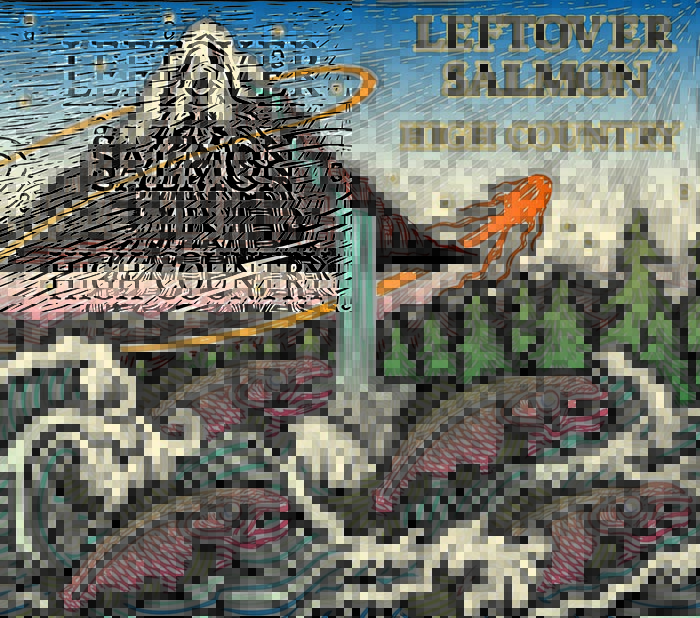 High Country doesn’t break any new ground for Leftover Salmon. The album won’t go down as a turning point for the band — even considering recent changes to the group’s lineup.

And that’s a damn good thing.

Over their astounding 25 years together the Vince Herman and Drew Emmitt driven group has absolutely perfected their brand of up-beat partygrass and High Country is simply another keg tapping and joint lighting for the Colorado stalwarts — and one that will entice Coloradoans in particular to hold out their red party cups for a gulp.

The 10 new songs showcase the group in one of the best sounding lineups of their career — especially considering the announcement earlier this fall that Little Feat co-founder and keyboardist Bill Payne had joined as an official member of Leftover Salmon.

Payne wasted no time immersing himself in the Leftover Family and has even contributed a song to the new album, “Bluegrass Pines” which he co-wrote with famed Grateful Dead lyricist Robert Hunter. Additionally, the band covers a Lowell George/Keith Godchaux song “Six Feet of Snow,” which Little Feat performed on their album Down on the Farm.

Banjo stuntman Andy Thorn wrote the album’s title track, which obviously features a stunning banjo solo, and Thorn’s playing throughout is simply mesmerizing. Whether playing subtle accompaniments, or burning through solos at break-neck speed, Thorn does so with a precision usually reserved for watch makers.

Likewise Emmitt’s vocals are as sharp and soaring as they’ve ever been, and his track “Two Highways” showcases his voice wonderfully.

The only problem with the album — if you could call it that — is that it’s a Leftover Salmon album, and that means that it shows a reserved, leashed version of the band, if you will.

The songs born on this album will really come to life as part of Leftover’s live repertoire, where the jamgrassers can tweak, expand and shape the songs in that Leftover Salmon patented improvisation that takes everything to a maximum level of fun.

In that regard, the album is already a monstrous success for Leftover Salmon in that they’ve built a foundation on which to expand which leaves limitless possibilities.

The 10 new songs showcase the group in one of the best sounding lineups of their career — especially considering the announcement earlier this fall that Little Feat co-founder and keyboardist Bill Payne had joined as an official member of Leftover Salmon.