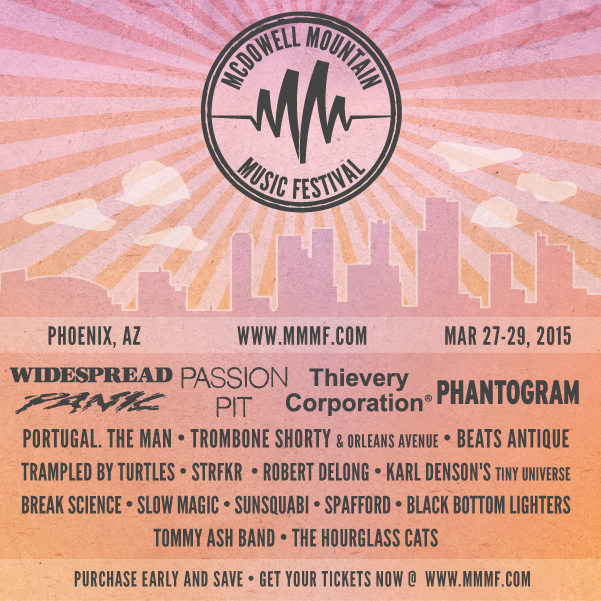 The 12th Annual McDowell Mountain Music Festival has announced their lineup for their 2015 festival, which takes place in downtown Phoenix March 27-29 (only a 12 hour drive from Denver).

John Largay, President of Wespac Construction, which has produced the festival since 2004 says, “This festival is a party for the people. It’s a community effort, engaging music enthusiasts to come out to enjoy an eclectic mix of talents and also to support notable charities in the Valley.”

VIP, three-day and single-day tickets are now on sale at www.mmmf.com. After hours event passes will also be on sale at a later date. For more information about concert details and ticket prices, visit www.mmmf.com.