Trending Stories from The Marquee
You are at:Home»Album Reviews»Anthony Ruptak ‘Between The Hangman and the Halo’
By Marquee Magazine on February 1, 2015 Album Reviews, Brian F. Johnson 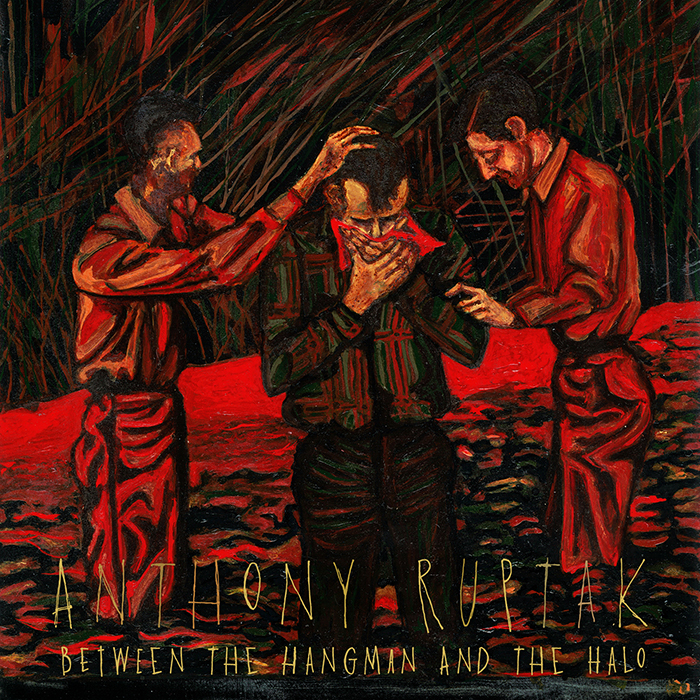 Between The Hangman and the Halo

With a masterful croon and a driving, percussive guitar Anthony Ruptak has released the splendidly written and recorded third studio album of his career. Between The Hangman and the Halo, drifts back and forth between solo acoustic folk, and anthematic orchestral pop numbers that sound as if half of the Denver music scene is playing along on the recording.

Even when Ruptak is alone with his guitar, like on the opening track “Warning Signs,” there’s something about the presentation that sounds full in it’s sparseness and when a choir of voices finally joins him for the chorus, the soft finger-picked acoustic track opens up vast soundscapes. The remaining tracks on Between The Hangman and the Halo seek to explore those aural vistas sometimes quietly and sometimes like a marching army.

It may be Ruptak’s third album but it’s his first being accompanied by a band and his choices from Emily Hobbs of the band Poet’s Row to Joshua Trinidad of Wheelchair Sports Camp are superb.