Trending Stories from The Marquee
You are at:Home»Album Reviews»Mega Gem ‘Live In NYC’
By Marquee Magazine on March 1, 2015 Album Reviews, Brian F. Johnson 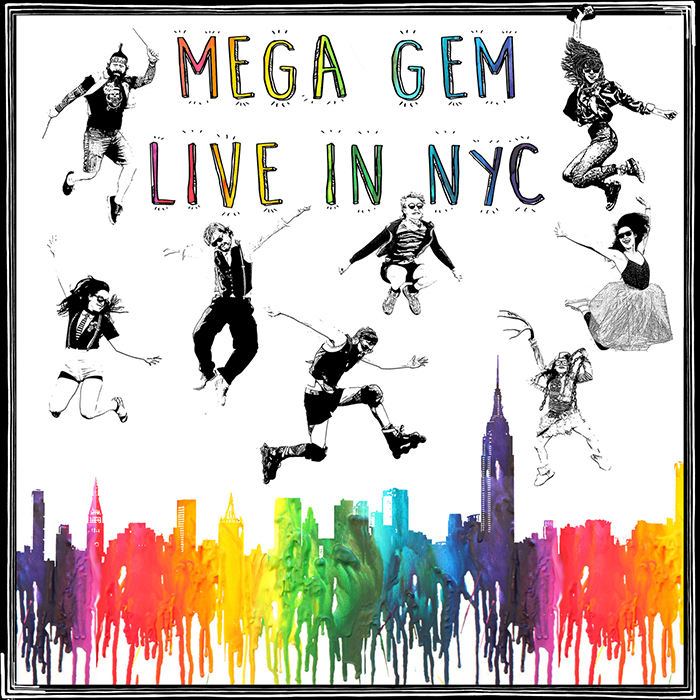 In 2012, Mega Gem’s totally adorable indie orchestral pop punk album Colors of the West was selected by The Marquee as one of the 10 best local releases of the year. Last summer the band traveled to New York for a show at the Rockwood Music Hall where they recorded their new live album, that includes a couple of tracks from Colors of the West, as well a wealth of new material.

The recording will not win any awards for fidelity, and for that matter the set won’t ever be cited as a note-perfect performance — but that’s precisely what makes it such an infectiously entertaining release. The band, which takes cues from groups like Arcade Fire and Edward Sharpe and the Magnetic Zeros, is as free and liberated as hippies in their communal sing-alongs, and the song writing is strong enough that any misplaced notes become celebrated imperfections, which add infinite character to the already anthematic tracks.