The evening began graciously as Herbie and Chick ambled out on to the concert hall floor. The presence they carried was cool, calm, and jovial. Not to mention the certain giddy and awe-inspired energy amongst the audience, knowing the legacy of the legends before them. After talking with the crowd and accepting some flowers, the masters sat afront their opposite facing grand pianos so that each could see directly across to the other. Herbie took a moment to clean his glasses with a piece of cloth from his pocket. After which he neatly folded it and placed it on the piano. The playful manner in which Herbie did this solicited laughter from the audience.

The first notes emanated from the stage. Four hands on two grands never sounded quite so. Herbie and Chick alternated between polyphonic improvisation and subtle melodic comping so the other could solo. However, it was hardly one or the other specifically at a given moment, rather a nebulous, free flowing exchange of musical ideas. It’s as if they were simultaneously playing over, around, under, between, and on top of each other. This was at least the case for the first two pieces which were both improvised.

The second improv piece featured both Herbie and Chick at their electric keyboards; a rare treat. Herbie started out playing dissonantly in low frequencies and slowly moved through the motions with different tones and effects. Chick complemented Herbie’s musings with equally tasteful colors. This was more of a sound-scape type of piece; two artists painting freely and formlessly. After several minutes they both shifted back to their pianos. The improv soon segued effortlessly into the Miles Davis classic “All Blues”. The duo took the opportunity to say a few words about Miles after playing one of his many standards in jazz.

Herbie explained that people usually ask him things like “Don’t you miss Miles?” to which Herbie responds that he hasn’t gone anywhere. He told the crowd that Miles is alive and well in both his heart and the back of his head saying things like “ahhhh shit”. To which Chick said “that can cover a lot of ground”.

Herbie’s own “Maiden Voyage” was certainly a standout of the night as was Corea’s composition “Spain” in which Corea led the entire audience in singing a five part harmony B minor chord. He conducted the room and led them through a stirring interactive experience. The whole room was involved in making the music happen. Herbie and Chick were all smiles throughout the night. Their bond goes beyond just the music; it’s a friendship, a camaraderie in the pantheon of jazz, a union of one of the most innovative periods in music. 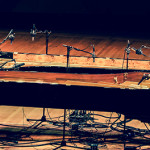 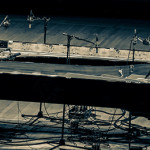 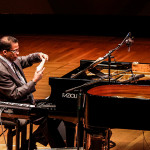 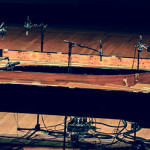 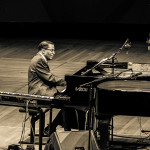 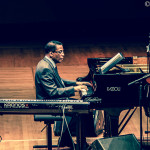 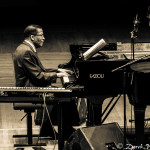 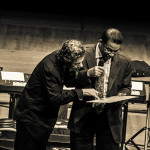 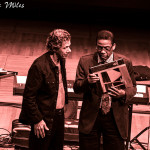 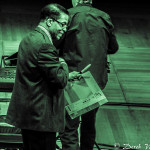 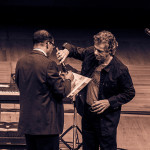 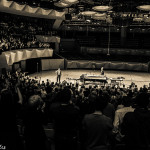