Trending Stories from The Marquee
You are at:Home»Joe Kovack»REVIEW: This Will Destroy You – Marquis Theater 3/28/15
By Marquee Magazine on March 29, 2015 Joe Kovack, Live Reviews 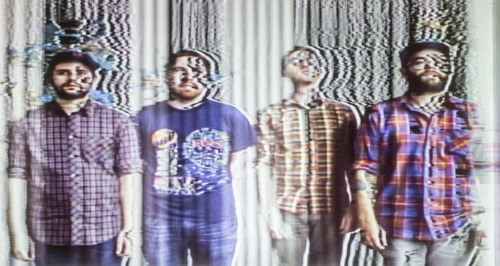 This Will Destroy You. Image from suicidesqueezerecords.

It was hot. Damn it was hot. That was the sentiment expressed and felt by many Saturday night at the Marquis Theater in downtown Denver for post-rockers This Will Destroy You. It was an unseasonably warm day in late March, easily over 80 degrees at the sun’s peak. And while the warm weather did wonders for the cabin-fevered outdoorsy folk of Colorado, it paved the way for a sticky evening of rock.

Now before I get cast off as a whiner, I should explain that I believe rock shows, like good sex, should be hot and sweaty. But hot and sweaty as a result of pulse-pounding, foot-stomping, head-banging music, not from merely standing in the currently-being-remodeled Marquis, devoid of any ceiling fans or air circulation of any kind. Don’t get me wrong—I love the Marquis. It’s one of the best little rock clubs in Denver, and I’ve seen many an amazing show there. But This Will Destroy You creates a different kind of ambiance. You wont find people forming huge mosh pits or circles; rather, their ethereal sound lends to a more contemplative approach to observing the show. With their slow buildups, reminiscent of Explosions in the Sky, TWDY’s songs weave a tapestry of beautiful, atmospheric melodies that climax into forceful crescendos. With many songs spanning eight-plus minutes, and the first half of each song designed to build up momentum (compared to other post-rock bands whose music start with a faster tempo) TWDY’s subdued approach and the heat of the evening was nearly enough to lull one to sleep.

Not to take anything away from the band itself. They played a technically sound, proficient set to the sold-out crowd. Performing a healthy mix of their discography, TWDY exemplified the beauty of instrumental music. But the Marquis did them no favors. Whether it was result of the remodeling process, or just a poor performance from the sound board, TWDY’s music was pumped so loud through the speakers their sound would at times be washed out into an incoherent mélange of distorted music. While the power of the bass guitar moved through the floor boards into your body with enough vibrational force to give you chills, it would also wash away any semblance of the melodic beauty coming from guitarists Jeremy Galindo and Chris King, whose styles consist of delicately intertwined tones and harmonies that need space to open up and breathe, so their intricacies can be heard.

Overall it was a great set. And it was nice to have the band acknowledge the sold-out crowd between their final songs, thanking everyone and saying it was their biggest turnout in Denver in over six appearances over the years. These minor criticisms were merely a bump in the road of TWDY’s journey Saturday night. I definitely recommend seeing them if you are a fan of the post-rock genre. Just hopefully you wont be dripping sweat while you do.