Trending Stories from The Marquee
You are at:Home»Features»420 Music Celebrations Abound Despite the Holidaze Falling on a Monday
By Marquee Magazine on April 1, 2015 Features, Festival Coverage, JD Rodgers, Winston Heuga 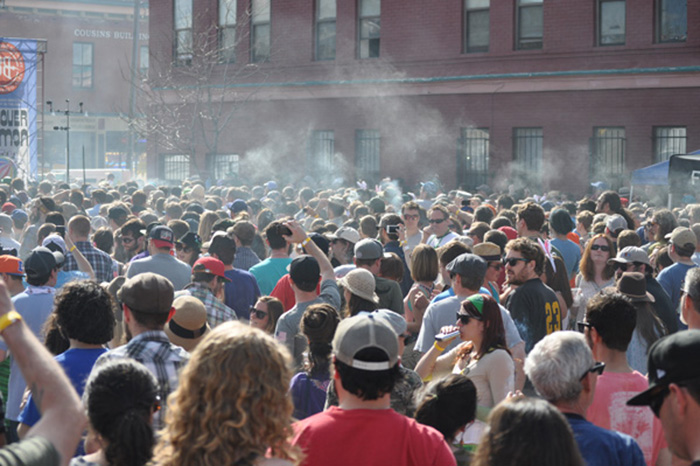 By J.D. Rodgers and Winston Heuga 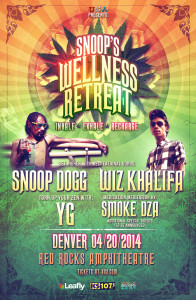 Hip-hop’s Guru of Ganja returns to Colorado for this year’s chapter of “The Snoop Dogg Wellness Retreat,” featuring guests A$AP Rocky and 2 Chainz.

Since the release of Doggumentary in 2011, Snoop has spent his time delving into new genres, allegedly smoking weed in the White House, working on a variety of side projects and cycling through nicknames. Recently he’s performed as Snoop Lion, DJ Snoopadelic and Snoopzilla, but with this month’s release of Bush, the Dogg returns to his hip-hop roots. Executive produced by Pharrell Williams, Bush, is closer to Tha Doggfather than it is Reincarnated, and Williams claimed that the album is even better than his own Grammy-nominated Girl. Last year’s 420 Red Rocks show of Snoop and company sold out immediately, leading to this year’s event being held at the much larger Fiddler’s Green. 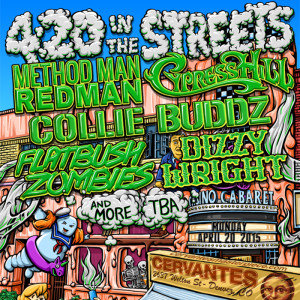 Featuring performances by Cypress Hill and Method Man and Redman, the “420 in the Streets” celebration in front of Cervantes’ is once again showing that it’s the pinnacle of music-based weed parties on 420.

Last year Mef and Red played an indoor show to compliment the outdoor party, and told The Marquee at that time that Blackout 3! would be ready by this time this year. There’s still no word about the official release, but that’s par for the course, for the album that has been rumored since 2011. They, combined with the members of Cypress Hill, Snoop Dogg and Wiz Khalifa, among others, define themselves as the original members of Mount Kushmore — the rappers that spoke out loud and proud about the marijuana movement when it was still scary to do so. 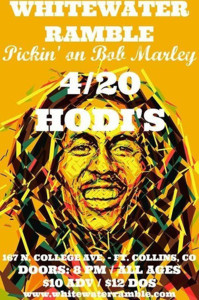 Bob Marley passed away long before anyone used the phrase “420,” but his music and legacy in the marijuana culture are an enduring mark on the movement, and local bluegrassers Whitewater Ramble will pay homage to his catalog with “Pickin’ on Bob Marley.”

In 2013 Whitewater Ramble released their second studio album, Roots & Groove, produced by Tim Carbone of Railroad Earth. While the group sought to add more to their foundational songwriting instead of focusing on the jam aspect of their style that occupied most of their first album, they surrounded themselves with a who’s who of jam grass pioneers. Members of The Infamous Stringdusters, Leftover Salmon and Bill McKay of the Derek Trucks Band all contributed. Recently, the band has been playing different themed shows covering the music of Paul Simon, The Dead, and Old & In The Way. 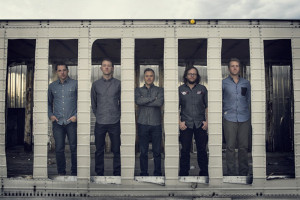 Trout Steak Revival on the 18th,

Gypsy Moon on the 20th

The Infamous Stringdusters were recently crowned the Best Bluegrass Band of 2014 by PopMatters. Playing in support of their fifth studio album Let It Go, the Grammy nominated artists keep to their roots in what the New York Times said “sounds casual and good-timey [but]is intricately plotted and arranged, attentive to the textures of each voice and string.”

The Dusters will be joined on 420 by Nederland’s Gipsy Moon who displayed a large leap forward in their songwriting and musicianship in their February release, the EP Autumn’s Retreat. 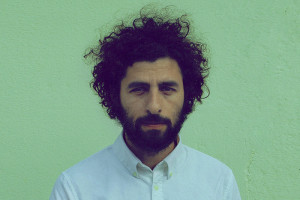 The Swedish-born José González has been “hugged to death by everything from the indie crowd to your grandmother.” And with the February release of Vestiges & Claws — his first album in seven years — Gonzalez is again having accolades thrown at him. The album, which is exclusively made up of original material largely revolves around ideas of civilization, humanism and solidarity, was recorded without a producer in his Swedish home, consists of years worth of music sketches, and adds to a storied discography that some say showcases Gonzales as one of the most important artists of his generation. 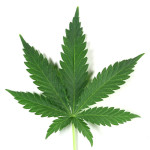 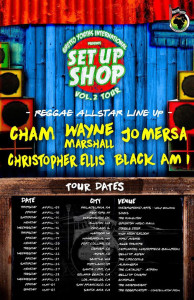 Christopher Ellis and Black Am I

Founded by Ziggy and Stephen Marley in 1989, Ghetto Youths International Inc., has served as the engine behind the Marleys’ Grammy nominated albums. Damien and Julian Marley joined the group in 2002 and, Ziggy, Damien and Julian have all seen albums nominated under the label. But aside from the Marley family, the record label has, over the years, recruited a talented supporting cast of reggae and hip-hop based acts from around the world. In December, the crew dropped its second compilation album, Ghetto Youths International presents Set Up Shop, Vol. 2, which saw eight of the label’s artists showcasing pieces of their own work. Three of these artists will appear at The Aggie — Cham, Wayne Marshall, and Jo Mersa (son of Stephen Marley) for a 420 celebration that draws its roots from one of the most pedigreed families in the history of reggae. 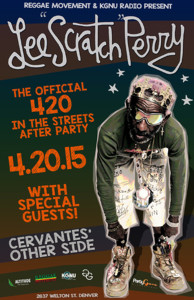 (420 in the streets official after party)

Lee “Scratch” Perry, the elder statesman of reggae started his career in the music business in the 1950s and had his first major single by 1968. But his 60-plus year run has seen more action in the last decade than most artists could dream of in their entire lifetime. He’s recorded with Keith Richards and George Clinton, been nominated for a Grammy for the Best Reggae Album, hosted art exhibitions of his own work, been awarded the Order of Distinction, Commander class in Jamaica and performed at the Dub Champions Festival in Vienna and the famed Coachella Music and Arts Festival. In 2014 he released Lee “Scratch” Perry – Back on the Controls (which picked up another Grammy nomination), adding to his already exhaustive discography. 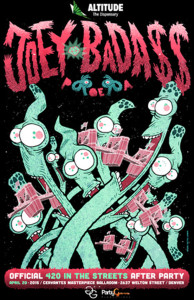 (420 in the streets official after party)

His debut B4.DA.$$ (which can translated as either “badass,” or “Before The Money”) was just released this January, but the 20 year old rapper started his career five years ago, after he posted a video of himself freestyling on YouTube. The video was shared around, until the president of Cinematic Music Group saw it, and promptly snatched him up. And while it took until this year for Bada$$ to release his full debut, he’s tossed out a number of mixtapes over the last several years, and a seven-track EP Summer Knights which debuted at number 48 on the Billboard Top R&B/Hip-Hop Albums last year. 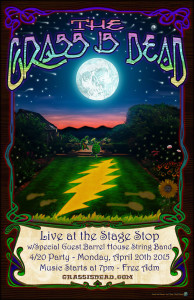 The Grass is Dead

Since 1998 The Grass is Dead has been twisting Grateful Dead songs into their own style of bluegrass. Made up of musicians who have other serious musical projects going, the group spins Dead tunes into bluegrass numbers, even the ones that would appear to be a stretch. Tracks like “So Many Roads,” “Mountains of the Moon,” and “Althea,” have all been given makeovers by The Grass is Dead, which ironically breathes new life into the repertoire.

For a full listing of all live music events taking place across the Front Range on 420 please consult The Marquee’s calendar – in print or online.