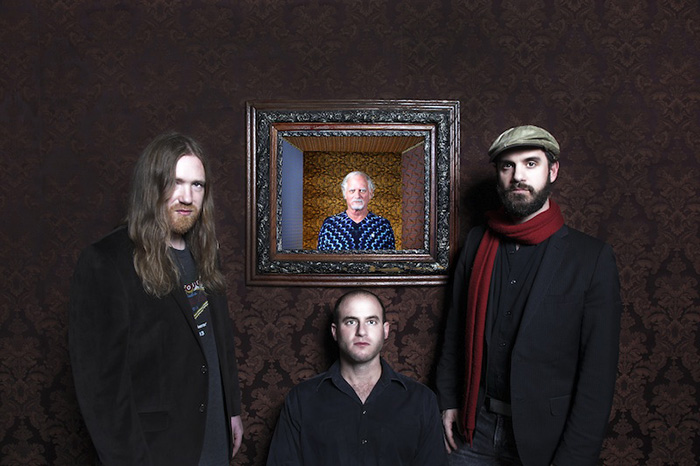 The Grateful Dead is one of the world’s most statistic-based bands.

Stats were a constant in their ever-liquid musical quest, and a constant that fans have clung to with the same reverence that baseball fans have always counted every bit of information they can in their beloved sport — as if the numbers will somehow reveal the underlying magic of the game, or in the Dead’s case the magic of the music.

Bill Kreutzmann co-founded the band with Jerry Garcia, Bob Weir, Phil Lesh and Ron “Pigpen” McKernan in 1965, and for 30 years had the best seat in the house at the band’s more than 2,350 concerts. But even Kreutzmann, who was there when it was happening was astounded when he listened to the Spring 1990 box set that the band released in 2012. “I think we were playing at an optimum level then,” Kreutzmann said in a recent interview with The Marquee. “From that particular box set I listened back to some of the “Drums” and “Space” and in particular “The Other One,” and that’s what really hooked me. I liked that we really stretched out stuff. I was amazed at how good it was.”

Kreutzmann was so impressed with the era, he and his band Billy and the Kids will focus entirely on that material when they touch down in Denver for 420 celebrations, a show he is calling “Spring 1990 Revisited.” “It was one of those times when we got into our zone. It was our very own thing and I didn’t rely on anybody except for Mickey (Hart) and the techs that were working with us at the time. Mickey had tons of inventive sounds that we got to play with and I had some sounds of my own that I used a lot. We got to go outside and get as screwy as we possibly can think. It was like early EDM without it being called that yet.”

To help Kreutzmann fill Mickey’s shoes for the night, Billy and the Kids have recruited The String Cheese Incident’s Jason Hann on percussion for the show.

Another giant part of the Dead’s sound during that tour were the guest appearances by Branford Marsalis on saxophone, and it was a collaboration that Kreutzmann thoroughly enjoyed. “Sax is one of my favorite instruments, and when we had Branford sit in with us, it was great,” he said. So Kreutzmann, who is a fan of EDM, has brought in Big Gigantic’s Dominic Lalli on saxophone for the show. “I love EDM and I know he’s a monster on that thing. He’s a monster player and I’ve wanted to play with him, and he’s also a terrific Deadhead so I just thought it was a natural thing,” Kreutzmann said.

But Kreutzmann said that he’s excited to hit Denver that weekend for more than just the “Spring 1990 Revisited” show. “All of this 420 stuff is just over the top fun for me,” he said.

Kreutzmann will start his weekend on Friday playing with Mickey Hart and the Disco Biscuits at Red Rocks Amphitheatre for Bisco Inferno. But Saturday and Sunday will see Kreutzmann at the High Times Cannabis Cup in Denver, where he will host a meet and greet for his new memoir due out on May 5.

“Deal: My Three Decades of Drumming, Dreams and Drugs with the Grateful Dead” is an unflinching account of life with the Dead and reads as if you’re sitting around a campfire with Uncle Bill telling stories from the road. In the book, he writes without censorship of he and his bandmates’ drug use, both in fun times and when it had gotten out of hand, his own stints in rehab and about the final shows in Chicago, where he last saw and spoke to his life-long friend Jerry Garcia.

On Sunday, Kreutzmann will also be on hand for the Grateful Dead’s induction into the Counter Culture Hall of Fame at the Cup, while serving as a celebrity judge. “I’m going to puff all day and all night. When I go to the Cup I’m going to be a student. That’s exciting to me, to see all the different things and learn what works for me,” he said. “Right now, I make Rick Simpsons oil [Phoenix Tears] and do the double-boiler thing that I use for sleep. It’s very, very strong and a dosage is about the size of a grain of rice, and then during the day I use a Pax vaporizer for my lungs. It’s great that over here it’s not only more free, but much better quality. I went to Amsterdam a few years ago and there was schwag on the street. I thought, ‘People come this far for this crap?’ It’s nice to finally get it at home, isn’t it?”

But for Kreutzmann it’s about more than copping a buzz. For him it’s part of what keeps him able to play and explore music 50 years after the start of the Grateful Dead.

“The best way to get ready to play music is to feel good,” he said.

And Kreutzmann is feeling very good these days. As summer approaches he and his former bandmates, along with Phish’s Trey Anastasio on guitar, have made the concert announcement heard round the world, that they will reunite for “Fare Thee Well” at Soldier Field in Chicago over Fourth of July weekend for a three-night good bye. “I’m very grateful it’s happening, because without it it’d just be left out there and ambiguous without any real ending or closer and that would suck,” he said. “I know there was some commotion about the ticket sales and I feel really bad about that. I think scalpers are the lowest thing on earth. But our biggest point is our audience, which deserves something else. They’re an incredible audience. There’s nobody else like Deadheads. So I’m just going into this with a real open heart without any big plans. I just go in knowing I can play the drums.”

with Mickey Hart and

The Grateful Dead’s induction into the Counterculture Hall of Fame

Billy and the Kids

Cool, Share this article: Twitter Facebook Google+ Pinterest LinkedIn Tumblr Email
Previous ArticleZappa Plays Zappa to Perform ‘One Size Fits All’ for Album’s 40th Anniversary
Next Article Cypress Hill Will Play 420 in Denver, But Will Wait for Their New Release ‘Elephants on Acid’