Trending Stories from The Marquee
You are at:Home»Features»Northwest String Summit
By Marquee Magazine on May 1, 2015 Features, Festival Coverage 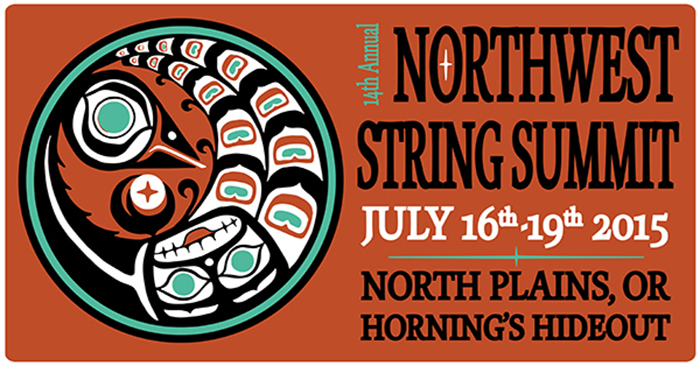 Yes. True. North Plains, Oregon is a long drive from Colorado, especially for a festival chock full of bands that will play other festivals much closer to home this summer. But flights to Portland are affordable and the reward for that travel, whether by plane or by car, is an unparalleled setting about a half-hour outside of the city.

Horning’s Hideout has been called a “land of enchantment” and a “paradise” and when it’s not hosting festivals it’s is a wedding and reception venue. It’s that pretty, but that doesn’t mean it’s all pinkies-up. Heady bros will like it too that there’s a disc golf course on site, should they feel the need to spin some platters before the music starts.

Camping: Lots of primitive camping, but there is no “car camping” at Northwest String Summit and RV camping is already sold out for the year.