Trending Stories from The Marquee
You are at:Home»Features»Riot Fest & Rodeo
By Marquee Magazine on May 1, 2015 Features, Festival Coverage 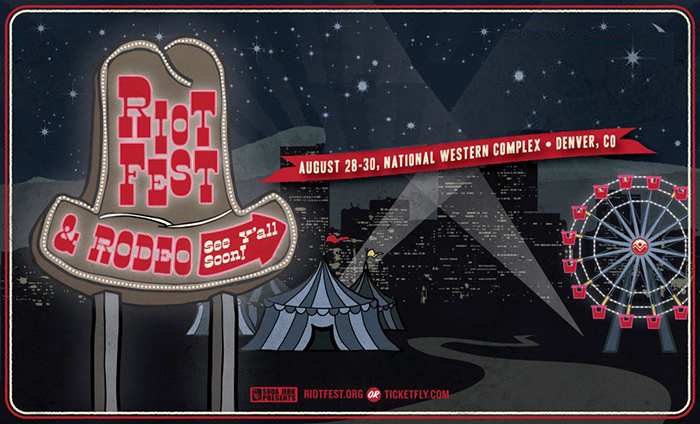 It’s a rodeo now, but it’s not Riot Fest’s first. The nomadic festival has moved from Byers, Colo. in 2013, to Sports Authority Field at Mile High in 2014 and now to the Western Sports Complex for 2015. With this latest move they’ve dropped “& Sideshow” from the festival’s name in favor of “& Rodeo.”

Last year’s lineup featured The Cure, The National, Rise Against, Weezer and Social Distortion as the first-tier headliners, and since the festival proudly flies it’s tattered punk flag (probably upside down) 2015’s lineup may have some surprises; but it’s a safe bet that it won’t suddenly lose its edgier side in favor of playing it safe.

Camping: There is no camping at this event, but there’s about a bazillion hotels in Denver that are a short cab ride away.