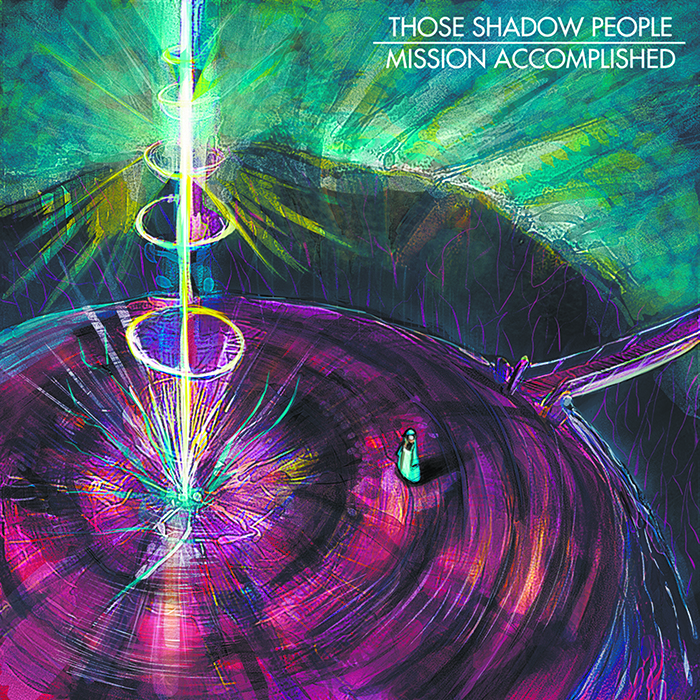 We may be in a digital world where album art is forsaken, but nobody told that to Those Shadow People. Those Shadow People are a “virtual band” and while some of its members call Denver home, the collective is spread out across the interwebs and the world with an underlying mission to bridge the gap between vinyl enthusiasts and comic book nerds.

For their latest release Mission Accomplished the band produced not just an album, but an entire comic book to go with it Those Shadow People – Issue #0.

The insanely auspicious project as a whole is magnificent and was the effort of an entire team of folks from the band members themselves to the illustrators. The comic book is phenomenally drawn and presented, and works to develop the mystique of the trippy world where Those Shadow People lurk.

From strummed acoustics, to heavily synthesized dance beats, Those Shadow People ebbs and flows its soundtrack in a sort of retro-spacey futuristic world — imagine 1960s era Simon and Garfunkel being thrust a hundred years into the future to play for the Simpsons aliens Kang and Kodos. It’s a neat mix of folky storytelling and ethereal, soundscapes, and its coupling with the comic book creates an entire package that is unique, ambitious and exciting.