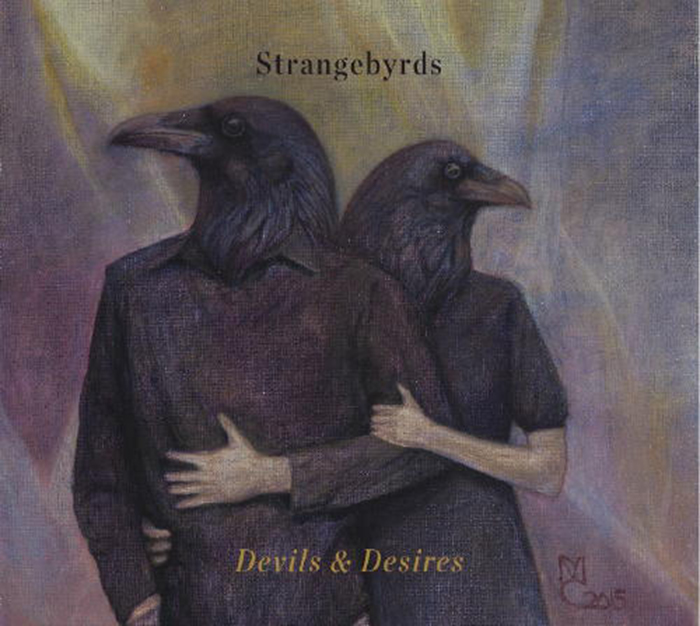 For their third release as The Strangebyrds, Ray Smith and Cari Minor have made a big jump forward while simultaneously taking a step more in line with their roots. For the first time, the duo decided to work with a producer and from “Howl At the Moon,” to “Tender Majesty” (which was inspired by the poetry of Emily Dickinson), all the way through to “Where Have All The Hippies Gone,” The Strangebyrds’ sound seems polished up, refined and highlighted (the addition of some strings, certainly doesn’t hurt that).

But while they have been able to bump some sounds with a producer, the duo also simplified and took many of their songs back to the two of them on their acoustic guitars with their voices. There’s not a lot of fancy studio tricks on this, and there doesn’t need to be. Smith’s laid back, but precise playing style and Minor’s super-tight vocals are enough to carry the album, and while many artists and producers would try to fiddle with that simplicity, the Strangebyrds thankfully didn’t muck around with the basis of who they are. Just like their live show, Devils & Desires doesn’t hit listeners over the head. It’s much more about the subtleties and exactly why this album is a great snapshot for the band.