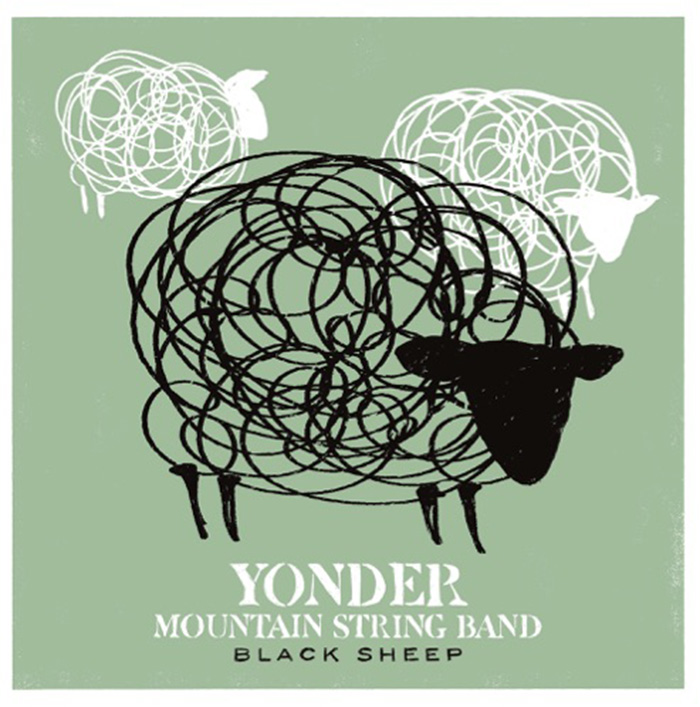 Yonder Mountain String Band’s latest release Black Sheep isn’t a bad album, but the hallowed jam-grassers will never be as acknowledged for their studio wizardry as much as they are celebrated for their high-energy live shows.

Yonder had a tumultuous start to 2014, where they shed their founding member and co-frontman Jeff Austin, and Black Sheep, which was recorded late last summer at Coupe Studios in Boulder, seems as if it’s the group’s attempt to say “Hey, we’re still o.k. here.”

Despite even some of its more shining moments, Black Sheep seems a bit hurried. While the group has proven over the last year that their live show is still as strong as ever, the album was recorded when all of the changes were still very fresh, and not fully realized by all of the players.

The album under-utilizes Yonder’s new ace up their sleeve, the adorable and talented fiddler Allie Kral, who joined the group after Austin’s departure, and has blossomed into a highlight of the band’s live shows. Through it all though Adam Aijala’s flat-picking is as rock solid as ever, and the group’s other new addition, mandolinist Jacob Jolliff flexes musical muscles that are bigger than The Hulk’s.

There’s no doubt of the musical prowess put forth on Black Sheep, but it’s likely it will take the songs’ growing in the live arena to make a lasting connection.