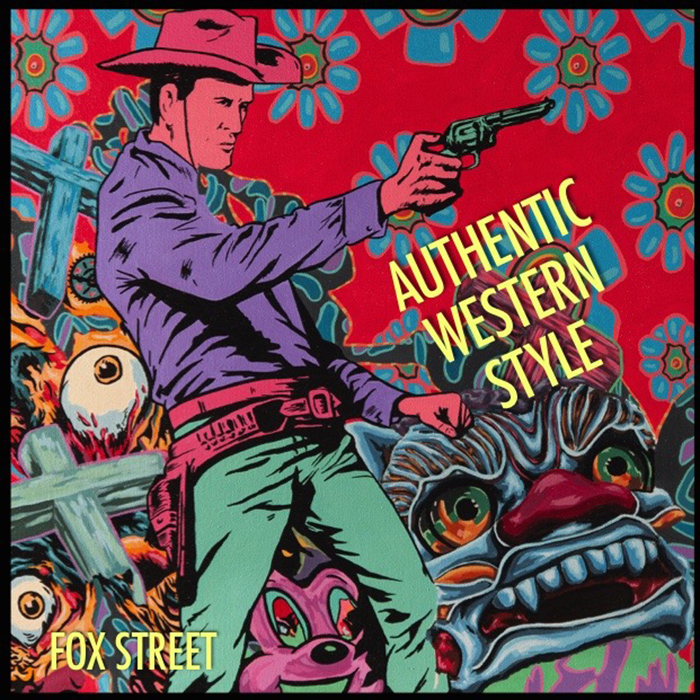 In 1968 Wilson Pickett recorded The Beatles’ “Hey Jude” with a young Duane Allman at Fame Studios in Muscle Shoals, Ala. It may be miles away and decades ago, but Authentic Western Style, by Denver’s Fox Street almost sounds like lost tracks from that original Pickett/Allman recording session.

Overflowing with swampy, dirty, soul-heavy rock and roll, Fox Street has not only dusted off that Muscle Shoals vibe but injected a contemporary mood that allows the album to comfortably fit into multiple figurative and literal locales. “Authentic Western Style” sounds like the music that would pour out of a dimly-lit, illegal speakeasy deep in the Southern Bayou. But by the time the band hits the third track “Something About” the sound is more Beale Street than Bourbon Street, and a couple of songs later, on “Justified,” it’s almost as if Fox Street runs down the center of Motor City. So while the album might be called Authentic Western Style it’s probably more correct to call it an authentic American mix.

Lead vocalist Jonathan Huvard’s incredibly powerful vocals come across like a mix of Pickett and JJ Grey, powerful and raspy, while lead guitarist James Dumm deftly plays through the multiple influences on the record with a soulful precision and confidence. Meanwhile, Mirco Altenbach handles keys and sax for the group, adding unfathomable depth to the already hefty songs. Fox Street is also joined by a series of guests, including a slew of horn players, and the final result is a warm, full recording worthy of fat tube amplifiers and large capable speakers.