Trending Stories from The Marquee
You are at:Home»Joe Kovack»Review: Between the Buried and Me – The Black Sheep – 7/16/2015
By Marquee Magazine on July 17, 2015 Joe Kovack, Live Reviews, Reviews 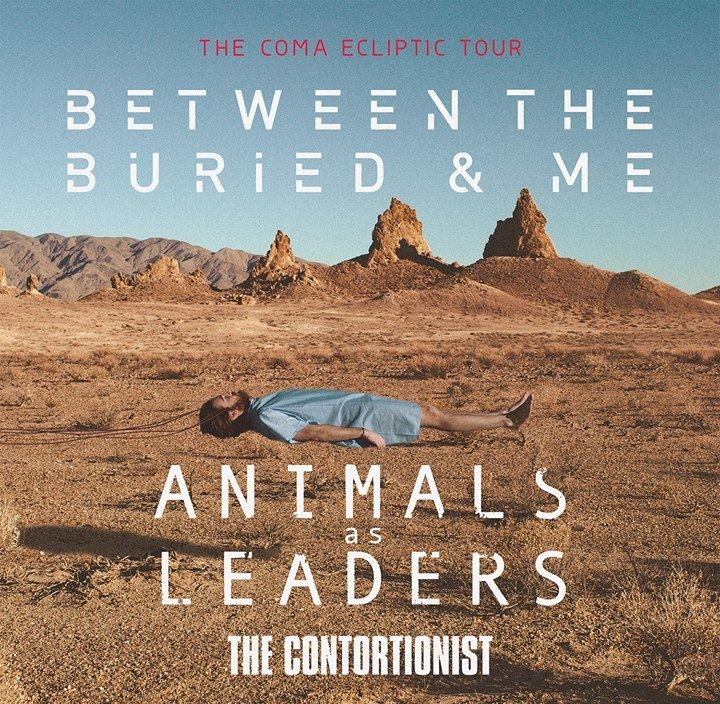 Living in Boulder, I don’t often get to see shows at Colorado Springs’ best little rock venue the Black Sheep. The 90 mile drive, coupled with fighting through Denver rush hour traffic, makes it less than convenient. But this little gem of a venue brings in some great rock and metal bands, thanks to promoters Soda Jerk Presents. Needless to say when I heard that progressive metal purveyors Between the Buried and Me would be making their only stop in Colorado this year at the Black Sheep, I didn’t hesitate to make the drive. With a capacity of roughly 400 people, it’s an intimate rock club that brings in top-quality bands that could easily sell out venues in Denver like Summit Music Hall or the Ogden. But that’s its charm; if you’re willing to make the drive you can see your favorite band in a small, hot, and loud rock venue.

Opening for BTBAM was the Contortionist and progressive math metal dynamos Animals as Leaders. The choice of openers was well decided, as the instrumental three-piece Animals as Leaders share a technical prowess and heavy sensibility with BTBAM. With only two eight-string guitars and a drummer, AAL create progressive metal soundscapes that move from infectious grooves to riff-laden metal with convoluted time signatures. The guitarist duo of Tosin Abasi and Javier Reyes play their respective instruments with a precision of  pianists; tapping their fret boards with lightning-quick speed. An unfortunate 10-minute technical delay forced the band to stop mid set, but the crowd was respectful and patient until the music once again filled the space, priming the crowd for the main course. *Fans of intricately-played progressive rock should have this band on their radar.

By the time BTBAM took the stage at 9:30 p.m. the venue was sufficiently packed and thick with the heat and sweat of 400 metal fans. Walking on stage under a dimly-lit blue light and melodic intro song, they quickly jumped into “Selkies: The Endless Obsession” off of their 2005 album Alaska. A great song to start, its heaviness pervades with hypnotic guitar riffs and intense drumming. The musical equivalent of a Lamborghini, it goes from zero to 60 in mere seconds with singer Tommy Giles Rogers’ screaming holding the wheel and lead guitarist Paul Waggoner’s intricate guitar licks and riffs pushing the gas pedal. As with all great BTBAM songs, it moves between technical death metal to melodic progressive rock like the movements in a symphony; flowing seamlessly into and out of each other, creating an orchestral-like quality to their songs.

Next came “The Coma Machine,” the second song off their newest album Coma Ecliptic. Having just been released on July 10, its familiarity was lacking in the crowd but its quality quickly won everyone over as it moved from a melodious, piano-driven start to the pulse-pounding power of the first verse. At nearly seven and a half minutes, the song changes timing, styles, and rhythms multiple times, but always finds its way back home. The rest of the set moved like a greatest hits record, moving with “Astral Body” and “Lay Your Ghosts to Rest” off of 2012’s Paralax II: The Future Sequence, “Memory Palace” and “Famine Wolf” from Coma Ecliptic, and finishing with classics “Ants in the Sky” and the 15 minute epic “White Walls” from Colors.

Each member of the group exudes a level of playing precision on their respective instruments unparalleled in the majority of their contemporaries. Add to that the insane timing and structures of their songs and you realize just how talented they really are. But maybe their greatest attribute is the ability to replicate that technical exactitude live, which they do every time with uncanny accuracy. The only blip on an otherwise perfect set was the sound on the vocals being a little low. Rogers’ vocal range moves from harmonious singing to death metal-like screams and the transitions would sometimes be lost, as the band’s orchestral sound has a tendency to overcome everything else. But the sold-out crowd helped sing and filled the venue with their spot-on participation…that is when they weren’t moshing with fury.

This review is heavily biased as BTBAM has been my favorite metal band since my good friend introduced them to me at their show at the Boulder Theater in 2008. Each subsequent album in their discography gets better and with most having an overarching concept behind the lyrics, it gives their 10- to 15-minute-long songs a quality of involvement not often experienced. They truly could be considered an operatic metal group. It was a gloriously heavy hour and 15 minutes of progressive metal and a treat to see them in such a small venue. 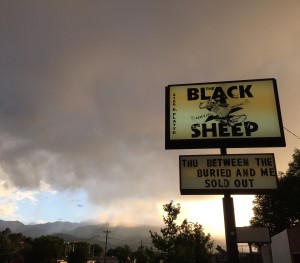