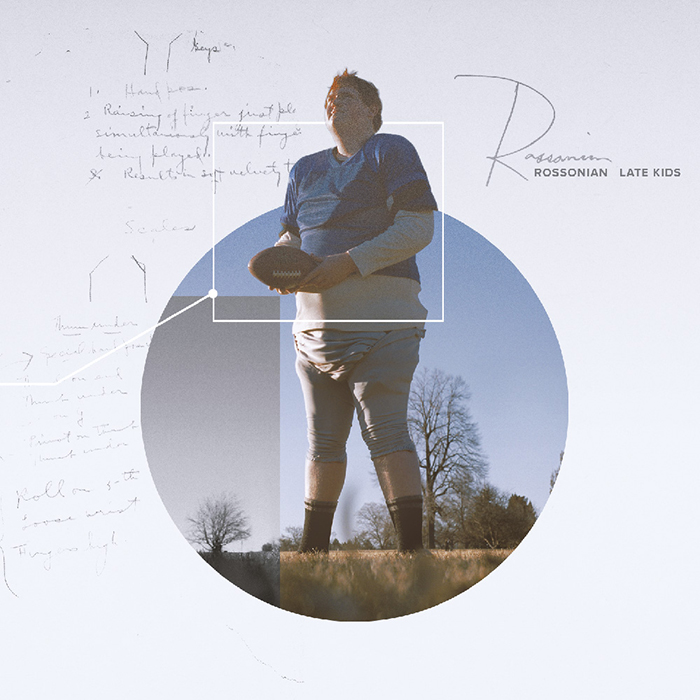 Some of the best musicians have a hard time describing their own music. Rossonian is not one of those bands.

The Denver quartet, which calls their music “electro-sensual rock and roll,” wrote an insightful, semi-jaded but spot-on description of their latest release Late Kids. “Late Kids is a name given to those born in the early half of the millennial generation. Growing up alongside the internet and inundated with content, these kids have lived well aware of their worldly inconsequence, while simultaneously being told by their parents and the illustrious Mr. Rogers that they are someone special. The members of Rossonian are all Late Kids themselves. In the band’s second release, they are straddling this dichotomy, expressing their playful frustrations and wrestling with the living ghosts of their Middle-American, suburban upbringing.”

Yeah, what they said! The poppy, modern rock group is named after the once-great Five-Points jazz club and hotel described in Kerouac’s “On The Road,” located just across the street from Cervantes’. The fact that they know Kerouac enough to use that reference as a band name, in addition to the fact that they can write a cohesive, insightful and humorous paragraph shows that maybe Late Kids can have some hope as a generation — it certainly does as an album.