Trending Stories from The Marquee
You are at:Home»Album Reviews»Augustus ‘Into Frames’
By Marquee Magazine on August 1, 2015 Album Reviews, Brian F. Johnson 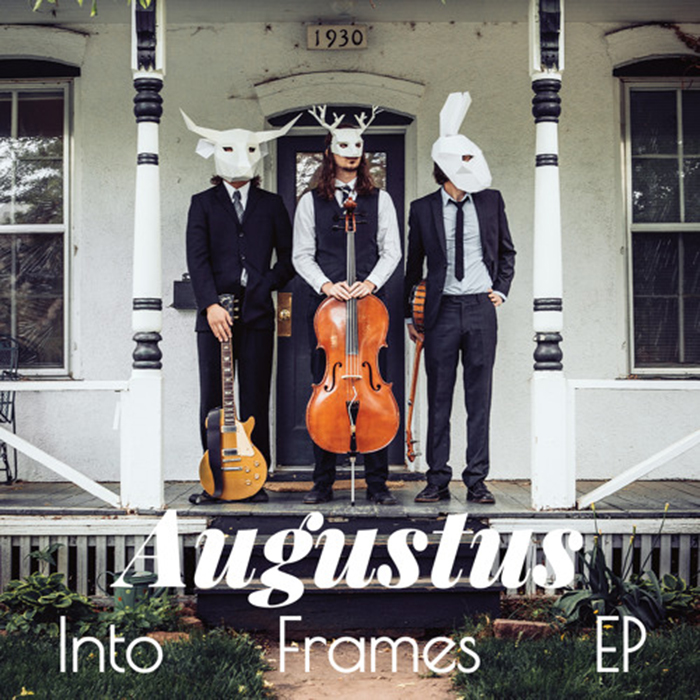 It’s actually pretty ridiculous that Into Frames is only Augustus’ second release, and it’s just absurd that the majority of the album was tracked live with minor overdubbing. The record sounds much more like something released by a group that’s been making music for a decade or more, not a mere two years, as is the case.

The trio, which started in Boulder in late 2013 and includes Jim Herlihy on banjo, guitar and drums, Jesse Wright on cello, and chief songwriter, vocalist and guitarist Colin Kelly, plays what they call folk soul — a blend of rocking blue-eyed soul and blues tunes on mostly, but not entirely acoustic instruments.

Kicking off with a swampy, fuzzed out guitar riff, Into Frames almost sounds like it was born at Muscle Shoals Sound Studio, but when Herlihy comes in with a waltzing banjo line, the acoustic Americana of the band starts to flex its muscles. The dichotomy of the group that wields both Les Pauls and cellos really starts to shine on the short, instrumental transitional track “Iceberg,” but just when it seems like the band is going to crank the electric, they “return,” if you will, to the acoustic-based track “Return.” And Augustus goes back to electric on “Bloodbath,” before capping the album with the heart-wrenching, vocal straining and miraculously soulful ballad “Cursive.”

It’s an excellent blend of tunes and an album that deserves an uninterrupted listen.