Trending Stories from The Marquee
You are at:Home»Album Reviews»Elephant Revival ‘Sands of Now’
By Marquee Magazine on August 1, 2015 Album Reviews, Brian F. Johnson 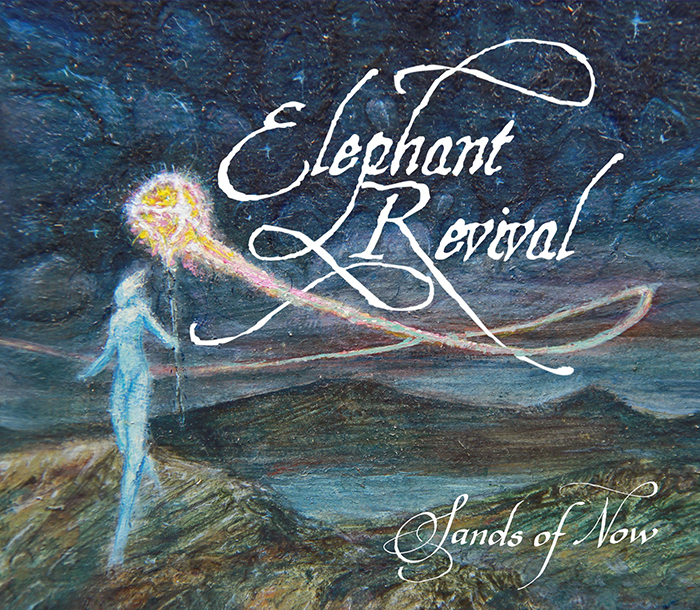 Elephant Revival could have easily phoned it in for their first live release. Anchored around their highly successful 2013 album These Changing Skies, and peppered with some of the group’s other classics, they could have easily spit out a live double-disc and called it good.

But instead, Elephant Revival used the opportunity to throw a beautifully twisting and dropping curve ball — one that still lands squarely in the strike zone. The Nederland-born quintet debuts eight new songs on Sands of Now, which was recorded at the Boulder Theater last winter. In fact, two of the new songs were recorded before the crowd filed in for the shows, so with no audience noise, and only some minor overdubbing, the tracks  are the closest thing to a studio release from the band since These Changing Skies.

The opening track, “Shadows Passed,” features Bonnie Paine starting the track in a fairly typical Elephant Revival style, but even before the song hits the one-minute mark it takes on an Arabian Nights, Middle Eastern flavor, that showcases the fiddle playing of Bridget Law and the electric banjo of Sage Cook, and builds to a massive crescendo before gently touching back down.

“Sands of Now,” on the other hand, seems more like a B-side from These Changing Skies as guitarist Daniel Rodriguez leads the band through relatively familiar-sounding but completely new themes.

The rest of the new material, which was recorded in front of the live crowd, is similarly recognizable. From Cook’s “Fallout Fields” to Paine’s gorgeous, and regularly played, but never before recorded “Will Carry On,” to bassist Dango Rose’s “Lost Creek,” the songs don’t follow a straight line, but nonetheless they all fit comfortably in the Elephant catalog.

For the accompanying DVD, the band didn’t simply regurgitate the track list from the CD. The DVD, which comes with a download of all of the songs, features 11 more tracks, only four of which appear on the CD. The DVD also highlights the accompanying performance of acrobatic dancers Ryan Hamity and Cassie Drew of Fractal Tribe, who performed on stage with Elephant at the Boulder Theater. And while the whole collection is based around the Boulder Theater concerts, the disc concludes with a performance of their staple song “Rogue River,” from the band’s 2014 Red Rocks’ show.

Elephant Revival will celebrate their 10th anniversary in 2016 with a new studio album, but Sands of Now serves wonderfully as an atypical live release, that doesn’t just bridge the gap between studio albums, but helps to push and redefine the thought process behind the live album experience.