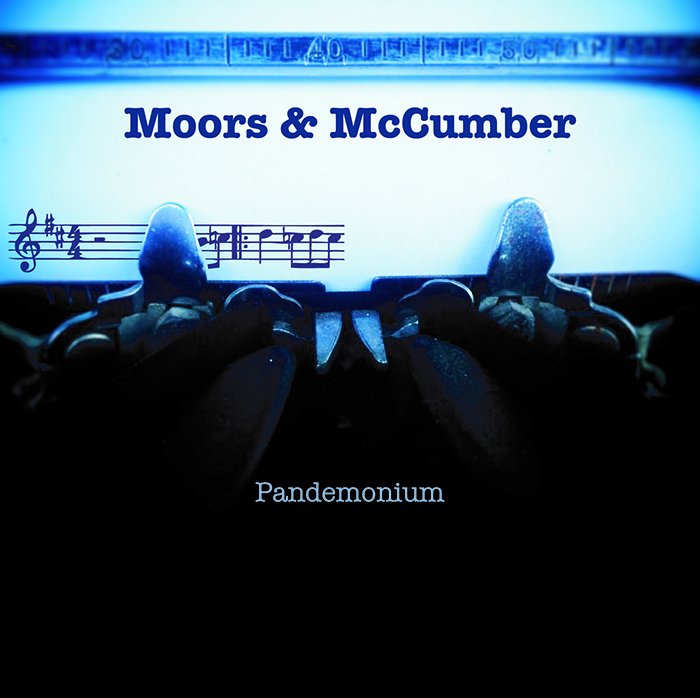 Neil Young once said that he plays piano on some songs, just so he can switch up the instruments during his sets to keep things interesting. Moors & McCumber, the traveling songwriting duo of Wisconsinite James Moors and Gold Hill, Colo.-based Kort McCumber have taken Young’s idea to a completely new level. Moors plays guitar, ukulele, mandolin and bouzouki, while McCumber plays keys, cello, guitar, Irish tenor banjo, bouzouki, fiddle, mandolin, accordion, harmonica, upright and electric bass. And on nearly every song on their latest release Pandemonium, the pair switch instruments with a flawless nonchalance that makes each track on the album different than the one before.

Somehow, despite the constant changes, and the influx of guests on the album, Pandemonium still has a continuity to it that less diverse musicians seem to struggle to accomplish.

Produced by Gary Louris of The Jayhawks, the album — the duo’s fourth — is sonically majestic, utilizing the full range of speakers that acoustic music rarely comes close to achieving. From the opening Jayhawks-esque track “Crack A Smile” to the slightly bluegrassy feel of “Buried in the Earth” and “If Living Was Easy” and the subtle ballad of “Best of Intentions,” Pandemonium shows two committed songwriters on their A-game, making some of their best songs to date.

The duo is touring like mad throughout 2015 and their calendar resembles an FBI catalog of fugitives on the run. From Connecticut to Colorado and from North Carolina to Wyoming, the two will bounce back and forth across the states like long-haul truckers until the end of the year.