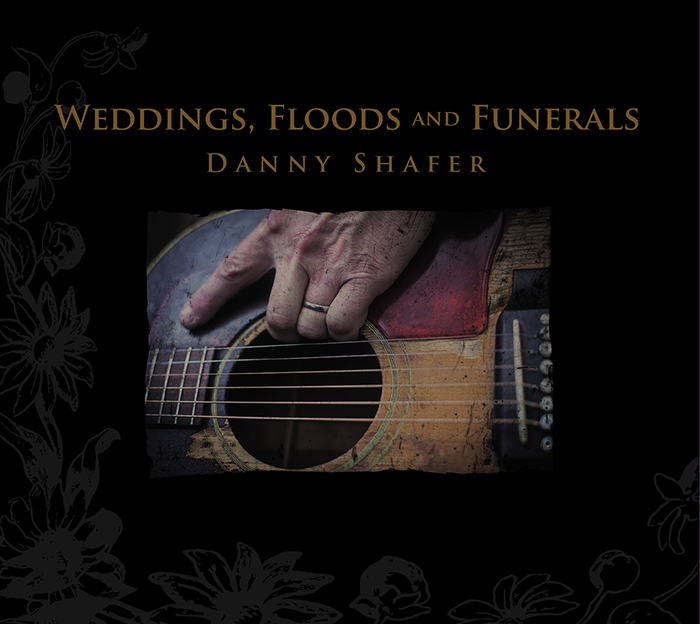 2013 brought long-time Colorado music veteran Danny Shafer a bit of everything mentioned in his latest album title — and then some. He had married his sweetie in July in the backyard of the home they would be evacuated from two months later during the Colorado floods. The flood was followed by the passing of an old and dear friend, and followed quickly again by a serious car accident involving his new wife. At his most beaten however, Shafer remained positive, light-hearted and singing. Even on the day he and his family evacuated Lyons, Shafer played a full-length show.

All of those trials have culminated in his latest effort Weddings, Floods and Funerals, his second recording for Tolstar Records, which he will release at eTown Hall on the two-year anniversary of his family’s evacuation.

Ranging from gospel, country, bluegrass and straight forward folk, the consummate performer keeps a stiff upper lip, a bouncy beat, and himself surrounded with friends, as he grabs guest appearances by more than a dozen Front Range staples, for a strong collection of songs that have been giving a heart-felt and well-constructed home on this album.