Trending Stories from The Marquee
You are at:Home»Album Reviews»Nathaniel Rateliff & The Nightsweats
By Marquee Magazine on September 1, 2015 Album Reviews, Brian F. Johnson 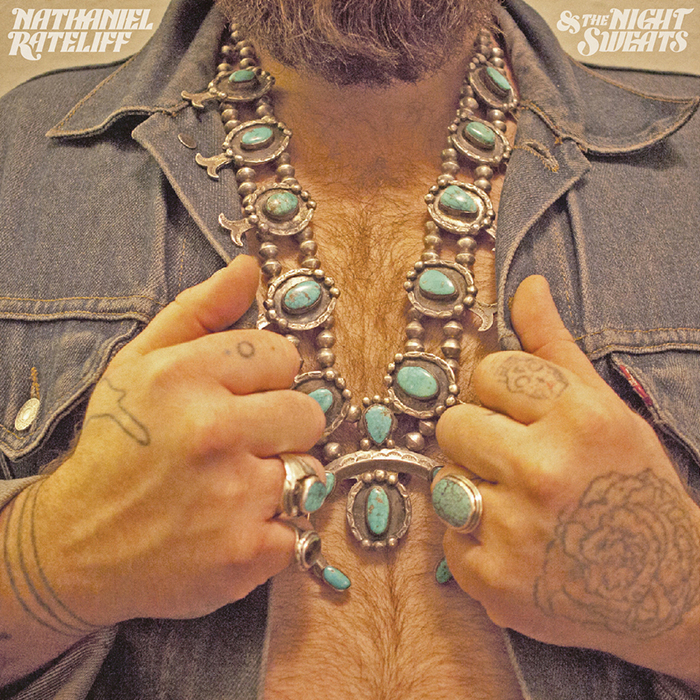 Nathaniel Rateliff & The Night Sweats made their television debut on The Tonight Show on August 5, and before they even played a note Jimmy Fallon declared “Oh yeah, get ready. A party’s going to break out right now.”

With purple lights bathing the stage, the always chest-revealing Rateliff and his massive entourage The Night Sweats, started humming, clapping and stomping the introduction to “S.O.B.” And as soon as Rateliff hit the rousing soul-revival line of the chorus “Sonofabitch, give me a drink,” and began kicking his heals like a shorter, white version of Billy Preston, the song of the summer was launched.

Social media exploded with praise, Spotify certified “S.O.B.” the number one viral track of the week, they were the #1 trending artist on iTunes, and on album release day, August 21, OpenAir CPR declared it “Nathaniel Rateliff Day” in Denver.

The first Denver artist ever to appear on Stax Records, Rateliff and company don’t appear to be from Denver, nor do they appear to be from this period in time. Instead the self-titled debut drips in vintage southern R&B. There’s no sign of Rateliff, the acoustic singer songwriter. There’s no sign of the anthematic rock of his earlier project Born In The Flood and there isn’t any indicator of the indie heavy former careers of some of The Night Sweats.

As WNYC said, “It’s music that should be heard on a juke box ” — the aforementioned Preston, and a track by Otis Redding making a perfect three-song playlist for a nickel.

From the horn-drenched stomp of the opening track “I Need Never Get Old,” to the gospel tent revival of “S.O.B,” to the retro folk of “Wasting Time” and the closing “Mellow Out,” Rateliff and The Nightsweats have released if not the most entertaining album of the year, at the very minimum, the album most likely to be improperly filed under early sixties music. And it’s an absolutely delightful trip back to yesteryear.