Trending Stories from The Marquee
You are at:Home»Album Reviews»The Vanilla Milkshakes ‘Tall People Have No Feelings’
By Marquee Magazine on September 1, 2015 Album Reviews, Brian F. Johnson 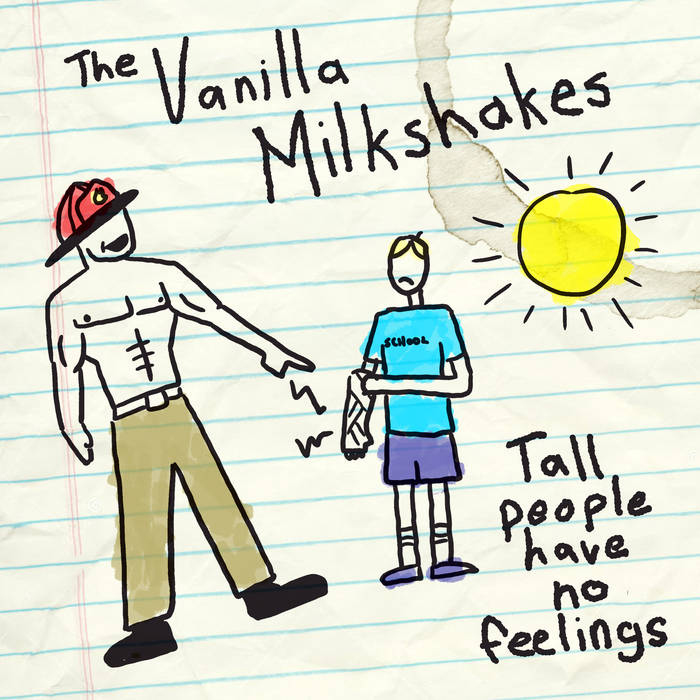 Tall People Have No Feelings

The Vanilla Milkshakes last album How To Ruin Friendships and Influence Douche Bags came across like a lost Kurt Cobain/Daniel Johnston collaboration. So it wasn’t a stretch for the band to travel to Olympia, Wash. to record the follow-up, Tall People Have No Feelings, with former Sub Pop cassette great and K Records founder Calvin Johnson. And it was then not at all surprising when the autistic Milkshakes creator David McGhee befriended Jack Endino to master the album. Endino, after all, recorded Nirvana’s Bleach. Like the recordings that are Johnson and Endino’s legacies, Tall People Have No Feelings — recorded entirely on tape — comes across like a low-fi art show that is, like Johnson was once accused of, “based more in musical creativity than actual musicianship.” Wrong notes, flubbed solos and off-key vocals are treated like Bob Ross’s happy little trees and sprinkled around throughout the canvas of fuzzy, loud Dinosaur Jr.-like arrangements and Daniel Johnston-esque troubled-genius lyrics.