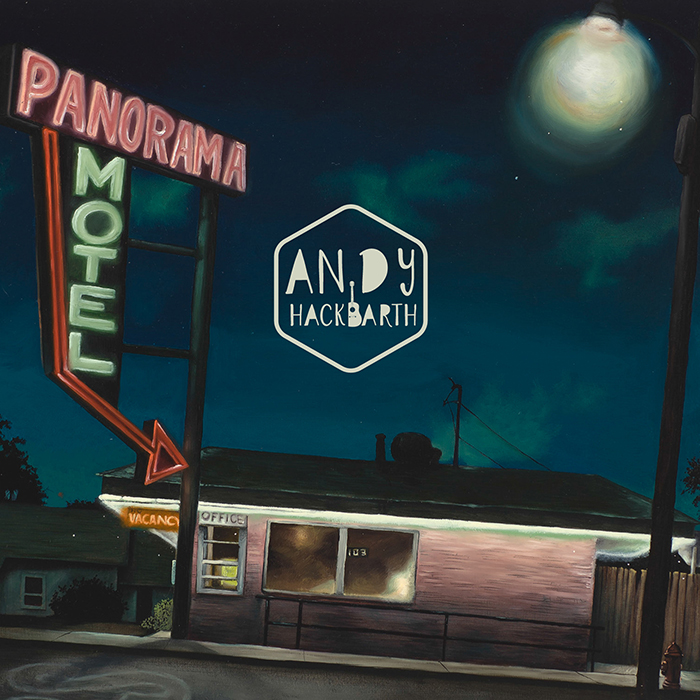 With a bouncy island feel Andy Hackbarth kicks off his seven-track EP Panorama Motel, which could go down as one of the most positive break-up albums of all time.

According to Hackbarth the album was written in the wake of a messy breakup, but Hackbarth doesn’t wallow in sadness on the acoustic, poppy, singer/songwriter tracks. Even at times when he’s directly addressing the breakup, like he does on the title track, he finds the inspirational vein of the message and references chin-up mantras, like “breathe,” and “everybody says it’ll be alright,” while also conveying the frustration of a failed relationship.

On the album’s most emotional song, “Ocean,” Hackbarth performs almost a cappella, and the power of the song, as well as its subject aren’t lost, but at the same time, they never seem to have a poor woe-is-me message. Instead it feels like Hackbarth is moving forward with a bit more wisdom under his belt.