Trending Stories from The Marquee
You are at:Home»Album Reviews»Grandpa’s Gun ‘Back Into Town’
By Marquee Magazine on October 1, 2015 Album Reviews, Brian F. Johnson 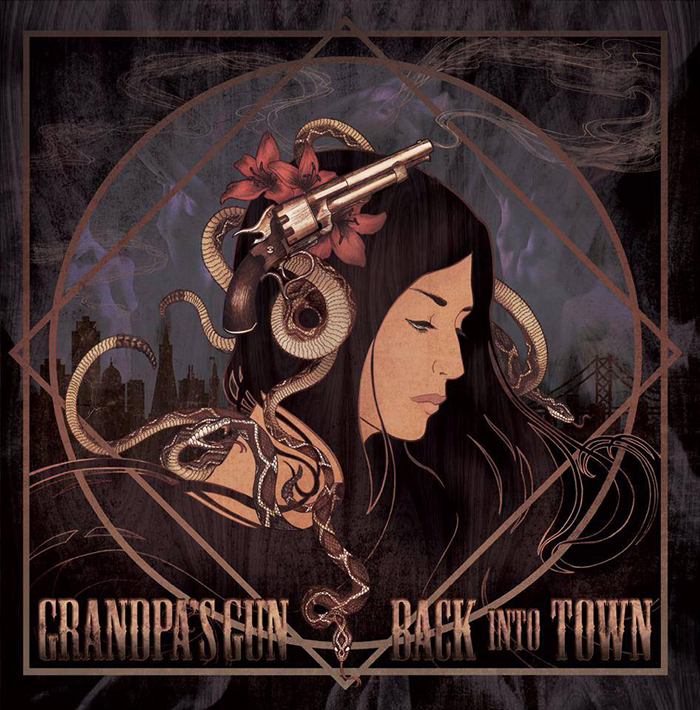 A few years ago, guitarist/vocalist Ryan Dart purchased a farm near Berthoud and started the aptly named Dart Farms. While many of the songs on Back Into Town were written long before the first shovel of dirt was turned over on the property, some of the tracks on this album are just as gritty and dirty as a hot day of farm work and some are as tender as tomato skin.

The album was several years in the making as farming, vinyl reproduction and a slew of babies born into the Grandpa’s Gun family kept it continuously back-burnered. But while a good part of the record was completed during Obama’s first term, the songs are as timeless as a John Deere, and any rust built up over the last few years has only added to their character. In varying degrees, in several different pairings, and occasionally all together, Dart shares writing credits with his bandmates Casey Fuller, lead guitarist Greg McCrae and bassist Peyton Langford on each song. Those shifts in writing result in a dozen tracks that fall somewhere on the mellow side of Drive-By Truckers, the heavy side of Whiskeytown and smack dab in the middle of retro-modern Americana rock and roll. Through it all Dart and company mimic the dichotomy of life on the farm — tough enough to slaughter the pigs, and gentle enough to keep the bees.