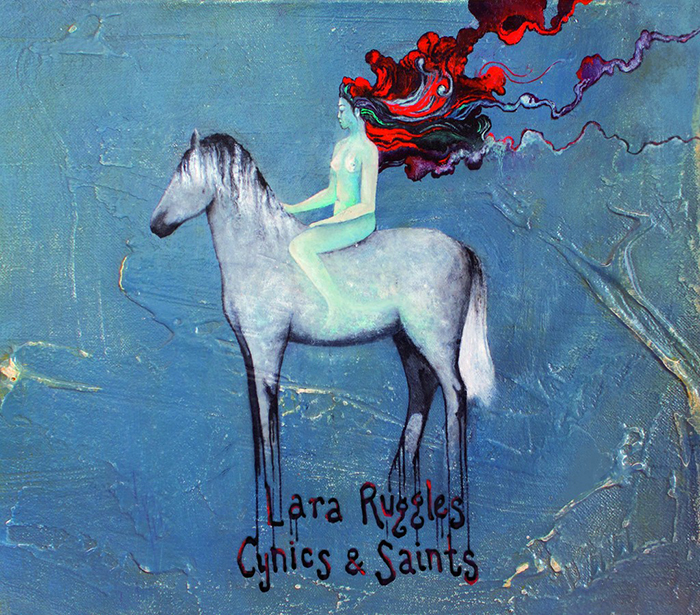 The tone, the timber and the inflection of the way Lara Ruggles sings the word “I” in the opening line of her new album Cynics & Saints is nearly identical to the way it’s sung on the 1971 folk pop hit by Melanie, “Brand New Key (The Roller Skate Song).” While Ruggles continues on to sing “I like to think of myself as the strong one,” Melanie of course went on to sing about her “brand new pair of rollerskates.”

In many regards, the similairies between Ruggles and Melanie start and end there, but in the larger picture, Ruggles shows the same effortless blending of folk and pop as the early seventies songstress. Despite Ruggles being a self-professed cynic, the album has a resoundingly positive flavor and sees Ruggles move from acoustic balladry to modern folk pop with her simply beautiful voice holding court throughout.