Trending Stories from The Marquee
You are at:Home»Album Reviews»Post Paradise ‘Bring It To Life (Side A)’
By Marquee Magazine on October 1, 2015 Album Reviews, Brian F. Johnson 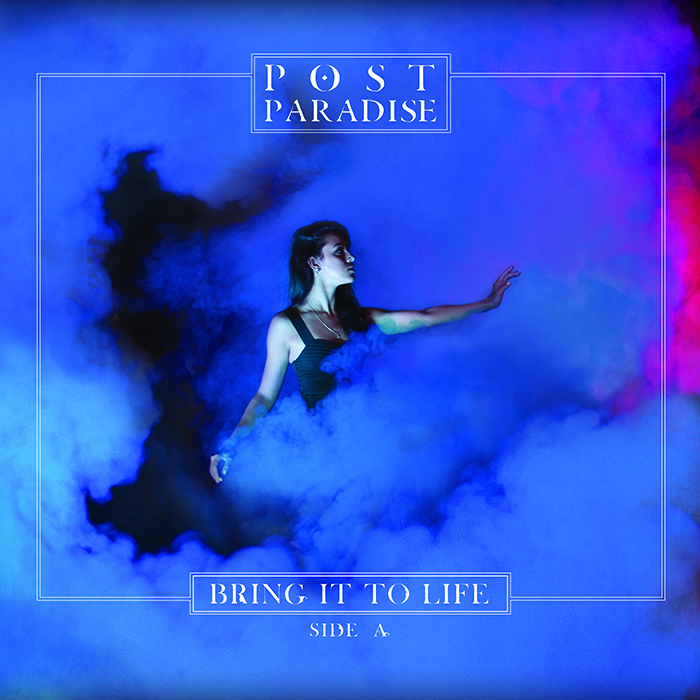 Bring It To Life (Side A)

Alternative power pop isn’t known for it’s restraint. The driving rhythms and resounding choruses tend to take any delicate moments and throttle them wide open. But Fort Collins’ alt-rockers Post Paradise live for the subtlety, and by design are better equipped to capture it than other groups in their basic genre. It’s the presence of cellist Amy Morgan’s haunting, classical accompaniment that gives Post Paradise that ability. But on Bring It To Life, just as it’s been on past releases for the group, they don’t lean all of the focus on Morgan’s cello, but instead use it sparingly, so that when it’s there it’s noticed. On stage Morgan might be up front, next to guitarist/vocalist Nick Duarte, but in the studio it’s Duarte who takes the main focus, with soaring modern rock vocals and punchy guitar riffs. Morgan floats in and out, sometimes just adding minute details of color, and other times taking over the musical canvas, but never for too long. When she does finally grab and hold the center spotlight on the album’s closing track, “Flux Errant” it’s easy to wonder if Side B of this collection, due in 2016, will further capitalize on that depth.