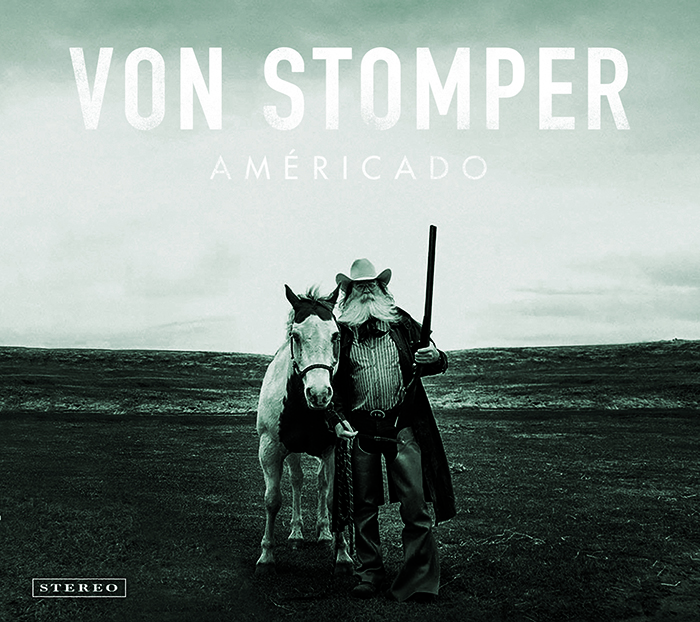 A millisecond before stomp boxes and harmonicas commence, Von Stomper’s latest release Américado kicks off with a high-pitched “Hoo Heeee!” and like that the Fort Collins band screeches out across high desert plains, like bearded renegade cowboys, slapping their horses’ asses with their hats as they trail dust off into the horizon. But as vivid as that imagery is on Américado, there’s also the flipside of Von Stomper — that of tattooed urban, hipster cowboys watering their organic weed gardens and drinking craft beer from a can. It’s between those two realities where Von Stomper’s Américado lives and thrives.

From the galloping opening of “Tumblin’ Weed” to the gothic revival feel of “The Ballad of River Rat Johnny” to the vaudevillian waltz of “Ain’t Seen It Yet,” the Fort Collins five-piece moves throughout the vast expanses of the American roots revival genre, focusing equally on traditional country themes and early 1900s sideshow flair, and that is what makes Américado work so well.