Trending Stories from The Marquee
You are at:Home»Album Reviews»Coral Creek
By Marquee Magazine on November 1, 2015 Album Reviews, Brian F. Johnson 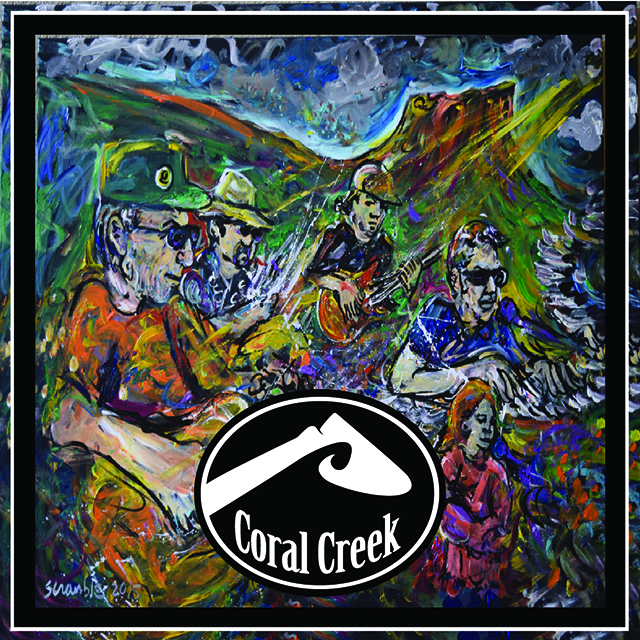 Coral Creek may have only formed in 2010, but as students of the Colorado jamgrass scene, the band has followed in the footsteps of their forefathers, and very quickly gotten not just up to speed, but on their own plane.

Blending deft picking skills, and ever-increasing songwriting depth, Coral Creek’s newest, self-titled album, fits snuggly among other releases in the genre, but band leader Chris Thompson and the rest of the group throw in twists and turns throughout.

The first major curveball comes in the form of a total re-working of Neil Young’s classic song “Comes A Time,” which introduces the group’s newest member, keyboardist Bill McKay, formerly of Leftover Salmon. McKay lends a blistering keys performance the track before taking the reigns on boogie-centric “Crying Bout My Baby.”

McKay’s contributions can be felt throughout the album, and give Coral Creek a new feeling, that often casts off its grassy roots, in favor of more soulful rockers. But the other contributors, from Andy Thorn and Anders Beck to Tim Carbone (who produced the album), Tyler Grant and Arthur Lee Land, demonstrate a group who grew out of the Colorado scene, and continues to grow with its vines and branches intertwined around musicians that reach far beyond the core of the band.