Photos and Review by Dan Page

In music’s need for comfort-through-categorization Sturgill Simpson is far too often tagged as a “country-music-savior.” Country music is a form of packaging; Sturgill Simpson is rock and roll. Friday night the crowd at the Ogden Theatre experienced a perfect rock show.

Early show highlights included a passionate delivery of ‘Voices’, the crowd singing along with ‘Long White Line’, and a cover of Led Zeppelin’s ‘When the Levee Breaks’.

Sturgill delivered a full on soul-blues version of ‘ You Can Have the Crown’ that transitioned into ‘Turtles All the Way Down.’ He followed this with ‘Railroad of Sin’ and ‘Old King Coal.’

Guitarist Laur Joamets, from Estonia, has to be one of the most under appreciated guitar players today. His solo on ‘When the Levee Brakes’ was one that Jimmy Page would be proud of. Joamets’ solos punctuated the frequent extended jams throughout the show.

Sturgill played an acoustic guitar all night. He showed he is quite the picker on a brief solo during ‘Some Days.’ The crowd often sang along with him but went full voice on the “Woo, Hoooo” in ‘It Ain’t All Light.’

Sturgill played several covers during the evening including ‘Medicine Springs’ (Stanley Brothers) and ‘You Don’t Miss Your Water’ (Otis Redding).

Stage talk was limited to band introductions and a few reluctant comments about a fight near the stage. Sturgill spoke about how the audience disconnects from the band’s energy when a fight occurs and urged, “Everybody be here in the moment.”

The show closed with ‘Listening to the Rain’ that evolved into ‘The Motivator’, a T. Rex cover.

In the eighteen months since the release of ‘Meta-Modern Sounds in Country Music’ Sturgill Simpson’s “Living the Dream Tour” is selling out multiple nights at venues throughout the country. Two of the past three times Sturgill passed through Denver promoting ‘Meta’ was as a supporting artist, most recently opening for the Avett Brothers at Red Rocks. He left no doubt on Friday that he is definitely a rock headliner. 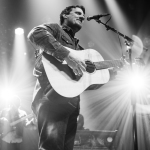 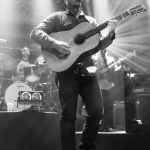 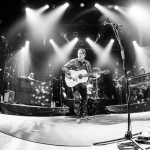 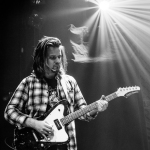 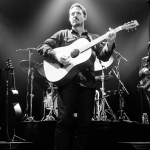 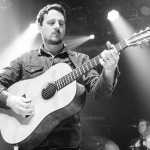 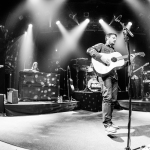 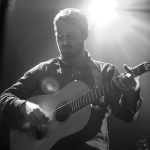 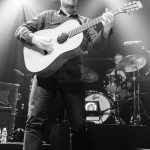 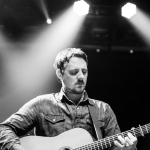 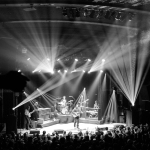 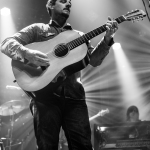 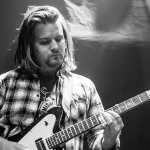 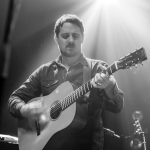 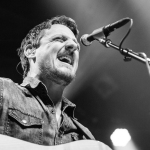 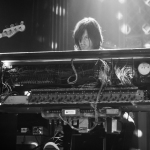 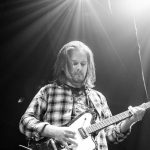 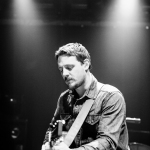 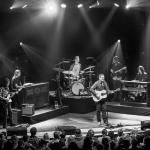 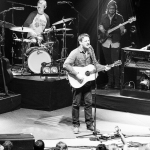 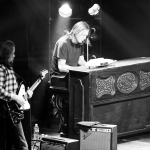