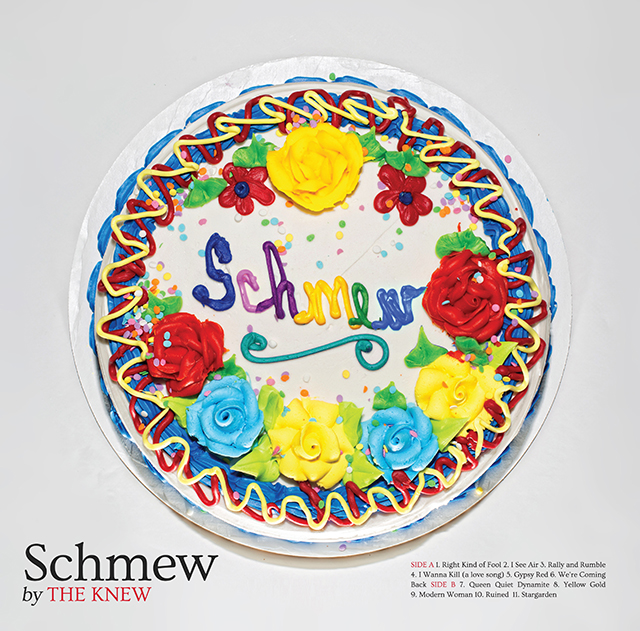 Editor’s note: The Knew’s press release that accompanied their third album Knew Schmew completely undermines the lazy album reviewer. Written out in Mad Lib form, the press release pokes fun at the vast majority of album reviews and does it so swimmingly that The Marquee has decided to take the bait, and simply complete the Mad Lib. Rock albums don’t need fancy reviews. So here goes:

Through the years, Denver’s The Knew have proven themselves to be one of the most creamy (adjective) bands in the coffee shop (place). Combining the spirit of The Go Gos (band name) with the ferocity of a badger (name of wild animal) The Knew always strive to leave their audience gently (adverb) humping (verb ending in ing), with a fork (noun) in their toes (body part) and blah, blah, blah (write in another blah).

On their latest release, Knew Schmew, the foursome set out to prove that classical (whatever genre you think we play) is alive and well and ready to eat (verb) the world. Filled with songs of dogs (noun), driving (verb) and cheese (type of food), Knew Schmew embodies the essence of the hard (adjective) American (the country you live in, ending in AN or ISH or ESE) north (compass direction) and is a true statement in a(n) Jupiter (planet) already saturated with slobber (stuff that comes out of an animal.) This album is recommended for people who orgasm (intense feeling) book-keeping (least favorite activity) and for those who just can’t get enough