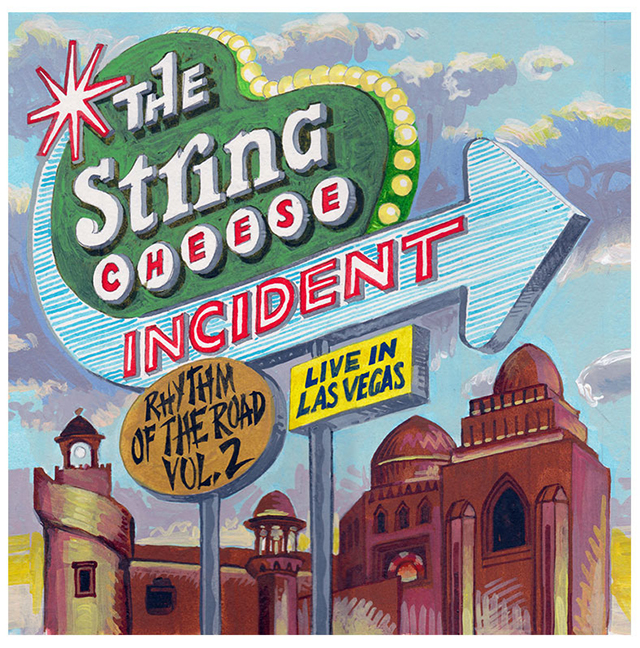 Rhythm of the Road: Volume 2, Live in Las Vegas

Almost every show that The String Cheese Incident has ever played has been recorded. A quick scan of archive.org shows more than 1,500 results for SCI. The band also has its exhaustive Live Cheese vault, that packages shows into their long-running On The Road series.

But in 2010, with the release of Rhythm Of The Road Vol. 1, which focused on an Atlanta run from 2000, the band started another archival limited edition series that consists of live recordings which highlight some of the band’s most celebrated concerts with re-mixed and re-mastered compilations of the “incidents.”

Last month, the band put forth their second installment of Rhythm Of The Road series, repackaging “the best moments” from the group’s two-night run at the Aladdin Theatre in Las Vegas in July 2001.

The set includes several never-officially released tracks like “Cedar Laurels,” “Howard,” “Dirk,” “Windy Mountain,” and “Turn This Around.” It also shows SCI stretching its legs on fan favorites, like “Got What He Wanted” which they take on a wild 20-minute-plus ride.

With so many recordings out there, SCI needed to make Rhythm Of The Road special and the epicness of the shows — coupled with mastering that even makes ear buds sound stellar — they’ve made a worthy keepsake.