AND THE ASHES & DUST BAND

Due to a family emergency, Warren Haynes and The Ashes & Dust Band have had to cancel their upcoming West Coast tour dates, including the Ogden Theatre show on November 28th. Refunds will be available at point of purchase, and we hope to reschedule the shows soon. 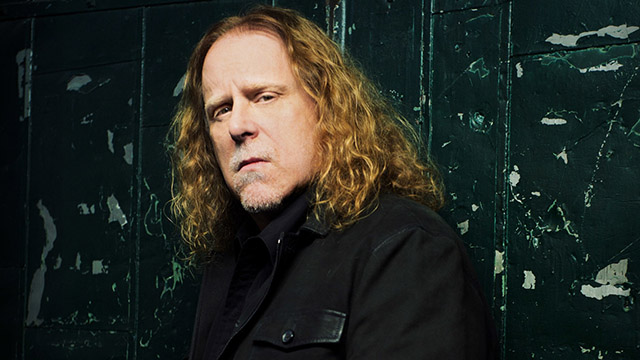 Warren Haynes is a guitar Jedi. As the leader of Gov’t Mule and his own namesake band, a staple of the Allman Brothers Band for 25 years, as well as a roving and sought-after free agent, Haynes has shaped, curated and contributed to countless projects over the last several decades. He was named among the Top 100 guitarist of all time by Rolling Stone (which also called him the hardest working guitarist on the planet) and even his home state of North Carolina recently honored him with an induction into the North Carolina Music Hall of Fame.

Like the Jedi before him, Haynes juggles his different roles with an other-worldly level of grace, and despite an overwhelming schedule, he approaches it all similarly to a part of the original Jedi code “There is no chaos, there is harmony.”

But in 2014 when The Allman Brothers played their final concert, Haynes was suddenly left with the opportunity to explore several of his own projects that had been passed over for years in lieu of other commitments. The first of these projects came in the form of Haynes’ first, mostly acoustic singer/songwriter album, Ashes & Dust, which he recorded last year with Railroad Earth as the backing band and released this summer.

While the album itself is new, some of these songs have been in Haynes’ back pocket for decades. And as he explained, the first vague, broad idea of the album, as it turned out, came nearly a decade ago, ironically at a show in Colorado. “About seven years ago Railroad Earth opened for the Allman Brothers at Red Rocks and we invited some of the guys out to play,” Haynes said in a recent interview with The Marquee. “Shortly after that I found myself on the same festival with them and I was doing a solo acoustic performance. I invited a few of them to join me for that, and it was really cool. But it was really when I played the Capitol Theatre in Port Chester that it all came together. I did two nights, one with The Warren Haynes Band, which is like the soul-meets-blues project, and the other night they wanted me to do a solo acoustic show and I thought well, maybe I’ll invite some of the guys out for that and that’s when I thought about it and decided, ‘Yeah this would be a fun way to make my next record.’”

Eventually they convened at a New Jersey studio and laid down more than two-dozen songs, 13 of which would form Ashes and Dust. While Haynes has obviously tackled a wealth of different genres and arrangements throughout his career, for his solo work he’s never worked with bluegrass instrumentation, and while Ashes & Dust certainly isn’t a bluegrass album, it definitely harnesses the banjo, fiddle and mandolin to accentuate Haynes’ singer/songwriter whims for this collection. “Before I made Man In Motion, which was the soul-meets-blues record, I was going to make a record with Levon Helm and Leon Russell and a bass player named T-Bone Wolk and some of the songs on Ashes & Dust were around at that time and we would have probably recorded them albeit with a different interpretation. But then T-Bone passed away and then Levon passed away and that record just wasn’t meant to be,” Haynes said. “But I continued writing in that direction and decided to go a little more Appalachian with the interpretation.”

While Railroad Earth was the band for the studio, and a few shows following the recording sessions, Haynes and Railroad knew that there was a limited window of opportunity for them to actually tour together, and that realization pushed Haynes to form the Ashes and Dust Band. The Ashes and Dust band that is on the road with Haynes features the entirety of the bluegrass/Americana trio ChessBoxer from Nashville, Tenn. Rounding out the band is drummer extraordinaire Jeff Sipe of The Aquarium Rescue Unit, Leftover Salmon and Jazz is Dead, among others.

Haynes said that there will eventually be a follow up to Ashes & Dust, that will be “maybe a little more jazzy” and incorporate some of the other songs recorded during the Railroad Earth sessions, but that he’s also got a wealth of other projects that he can’t wait to get to.