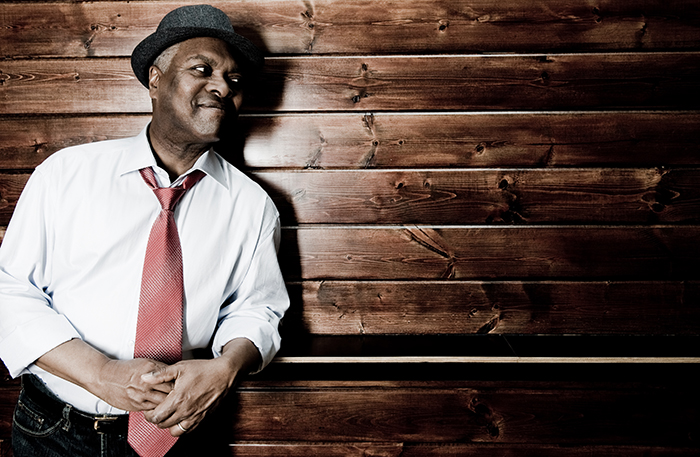 The music industry is a fickle mistress. She will shower praise on the most deserving (and sometimes the not so deserving) for an indeterminate amount of time and then, seemingly without warning, turn her back and slam the door. It could be one mediocre album, a song that didn’t get the attention it should have, or simply a changing tide in popular culture, and critics and fans move on, leaving a bewildered artist with bills to pay, forced to reinvent themselves. It’s a scene that has played out countless times for many artists who were or even still are considered musical heroes, but there is one name that could arguably eclipse all of these: Booker T. Jones.

The story goes all the way back to 1962 when Jones penned what has been called “one of the most popular instrumental rock and soul songs ever.” Jones wrote “Green Onions” while he was still in high school and continues to play it to this day. He’s been honored with three Grammy awards in the last 10 years including two for Best Pop Instrumental Album and a well-deserved Lifetime Achievement Award that ironically preceded the two more recent Instrumental Album wins. Along the way Jones wove together an incredibly impressive résumé that includes being a member of the house band at Stax Records, writing credits on numerous classic songs including Albert King’s “Born Under a Bad Sign,” producer of luminaries like Willie Nelson and Bill Withers, and of course being the namesake and frontman for the legendary funky R&B band Booker T & The MG’s. But nearly 55 years into a remarkable career, Jones readily admits it hasn’t all been roses.

“I went through a lot of changes along with the music business. In the ’80s I was just out of it. It was emotionally difficult,” he said during a recent interview with The Marquee from his home on the North shore of Lake Tahoe. “Disco happened, the economy — interest rates were above 20 percent it — was just crazy financially and very few artists survived. Then the late ’80s saw all these changes in the business as the record companies changed their profile. They were still very wealthy but technology began to change; the internet began to come in, Napster, mp3s, all that stuff changed. I was in the San Fernando Valley at the time and I got a real estate license and started to sell real estate because I didn’t even have a club gig. It wasn’t until I moved to Northern California in ’91 or so that I started gigging again at the Sweetwater over in Mill Valley.”

Simply put it wasn’t the best of times for one of the men that had defined Memphis Soul and helped to shape the genre of R&B throughout the ’60s and ’70s. While those early gigs at Sweetwater opened some doors, Jones’ original music was not in the spotlight. As he climbed his way back into the industry he served in the house band for his old friend Bob Dylan’s 30th anniversary concert and forged a relationship with Neil Young that resulted in his backing Young on the road in 1993 and on his 2002 album Are You Passionate. “Music is just in my blood and when I started playing again over at the Sweetwater I started getting some more gigs and eventually ended up putting together another band,” Jones said.

In 2006, at 62, in an attempt to reinvent his career and thrust himself back into the public consciousness, Jones took the young man’s path of signing with an independent label and essentially making a new start. It came to fruition with 2009’s Grammy winning collaboration with the Drive-By Truckers and Neil Young, Potato Hole. “The whole thing came about through Jason Isbell,” Jones revealed. “I had started going down to SXSW and they would arrange different and unconventional combinations of people to jam together. So they decided I should jam with Jason Isbell and he introduced me to the Drive-By Truckers because he used to be in that band. Patterson Hood is one of the principles in the Drive-By Truckers and his dad [David] was a major session player during my period so Patterson really wanted to work with me. I guess he had heard my music when he was a kid. It was family. The minute I walked in down there in Athens, Ga., they just took me in.”

That 2009 connection with Hood and the Truckers reignited Jones’ career and on his two subsequent releases, 2011’s The Road From Memphis and 2013’s Sound The Alarm, he built on the success he had with the collaborative nature of Potato Hole as he invited artists including Jim James, Sharon Jones, Lou Reed, Mayer Hawthorne, Gary Clark, Jr., Bill Withers’ daughter Kori and, perhaps most surprisingly, Matt Berninger from The National to help flesh out the original compositions and select covers that make up the two albums. “That session with Matt happened late one night in New York City with Sharon, myself, Matt and Sharon’s engineer in a studio,” said Jones. “I knew what I wanted as far as the notes and all that but Sharon was the one that stood really close to Matt and got him singing in a way I don’t think he normally does. It was a great experience.”

Jones has taken some artistic risks over the last ten years and the results have been dramatically successful and have proven what so many knew to be true in the ’60s and ’70s: Booker T. Jones is a uniquely talented artist who deserves every accolade he has earned over a long and storied career that is going strong once again at 71.