Trending Stories from The Marquee
You are at:Home»Brian F. Johnson»Jerry Joseph Becomes the Anthony Bourdain of Touring Musicians and Changes the Narrative of His Life as a Songwriter
By Marquee Magazine on December 1, 2015 Brian F. Johnson, Features, Interviews 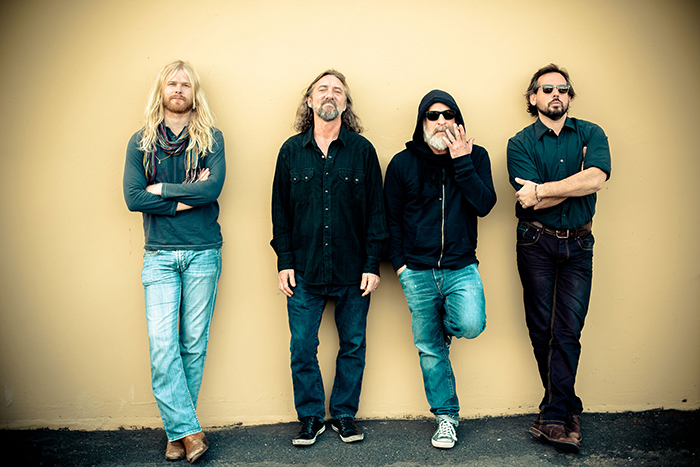 Jerry Joseph isn’t exactly known for his sunny disposition. The slightly Napoleonic Joseph is originally from California, but speaks quickly with an East Coast cadence and a fair share of curse words. Insanely well-read and well-traveled, his sharp wit can take him in the course of a couple sentences from political rants to philosophical diatribes to chest-pounding self promotion. He’s passionate, temperamental and raw.

But just days after the Paris attacks, while walking around a mall in the UK with his band, Joseph sounded almost bubbly with optimism. “I don’t want to make it sound like I just climbed out of a Boulder ashram, but I really am hopeful for music and I’m hopeful for art and I’m hopeful for the planet and I think it’s an exciting time to be alive and it’s why I’m still here,” he said walking as he was talking with The Marquee. “I have a six year old and a two year old, so I have no choice but to be hugely optimistic about our future and I think the world is only going to get better.”

Joseph shared the world’s frustrations with the attacks, but recently the musician has spent time and played in locales where regular mortar fire and gunshots are the norm. As such, Joseph seems to have in some ways developed a fearless stance, like an old-school television news war correspondent.

“We’re like one person removed from Eagles of Death Metal on a number of fronts. They’re really good friends with some of our really good friends,” said Joseph. “We were leaving London when we found out about Paris and it could just have easily, and maybe even more likely, happened in London.” But while watching the news coverage and social media outcry — including some of the absurd knee-jerk comments and reactions from some of his own friends — Joseph was, like those old reporters, unflinching, with advice and “big boy pants” that he had acquired during one of his more recent trips to the Middle East.

He explained that in 2014 when he was in Istanbul and getting ready to travel to Kabul to teach kids to play guitar, the trip had been postponed several times because of Taliban attacks. Eventually he spoke with a friend of his in the military who gave him some advice.

“He told me this: ‘The Taliban don’t give a fuck. They’re tough as fucking nails and it’s their fucking country and they’re not scared about our fucking ICBMs or our F16s or our Ranger deployment.’ He said ‘You know what scares the Taliban? Teaching their kids how to play the guitar and use Facebook. So put on your fucking big boy pants and get to fucking Kabul.’”

Joseph is keenly self-aware, and before it could sound like he was putting himself on any hero’s pedestal he was quick to point out a realization he had with the not-so-subtle help of his wife. “Someone had said something about me being, I don’t know what the word was, but like selfless or something,” Joseph explained. “And I was feeling kind of good about myself and then my wife said ‘The only reason you’re doing that is so that you can tell people that you went to Kabul.’ Fucking nail me to a wall! But she’s probably right on a certain level. I feel like any type of charity stuff that includes musicians very quickly becomes about the artist and his sense of righteousness so I was trying to be really aware of that and thinking about who is getting more out of this, the kid that I’m teaching how to play this Megadeath tune, or me being able to talk to the press in America about it for the next six months.”

Joseph admittedly did get a lot out of it though. The trip netted him a ton of material which will come out over the course of the next year in three separate releases. The first, which came out a week before Halloween, is an epic, two-song, 31-minute, LP Istanbul/Fog of War, which was recorded in one take at TRI Studios with producer Dave Schools.

While both songs speak in title quite loudly about his whereabouts, the material contained within isn’t very political or overtly war-torn at all. “I wrote all of those songs or many of the songs on the new record sitting in Kabul. You can hear the fucking mortar fire and there’s fucking American Chinooks and Blackhawks over you 24/7 mixed with a call to prayer five times a day, mixed with the sound of people being people and kids playing and going to school. So I really had this thing where I thought, man the last thing the world needs is more dark-ass Jerry Joseph songs and I tried to write about stuff that my kids would like, like magic and space and this weird theme that came out of it. It would have been easy and pretentious to write songs about ‘Here I am in the war.’”

Joseph said that a full record By The Time Your Rocket Gets To Mars will come out in the spring and that a third release will, “if everything goes right,” come out in the fall.

Everything seems to be going very right for Joseph. In addition to his trips to the Middle East, he has taken on a new model of the touring musician that eschews many typical markets in favor of far flung destinations, making him almost the Anthony Bourdain of the traveling troubador. “I got to this point where it was like, look I’m not a big rock star. They’re never going to invite me to Saigon. But I want to go to Saigon and I want to play. So I start calling people in Cambodia that I know and find a café, and a place to stay. And we did Lebanon and Israel and Kabul and it’s helped me quite a bit and helped change the narrative of my life. Up until recently the biggest accomplishment in my life was kicking heroin and writing a couple songs for Widespread Panic, you know? So, let’s go to Cambodia, or Cuba, or wherever. Let’s do that. Because I could play Kansas City fucking 20 more goddamn times and still have 35 people. So let’s go to Beirut. I’d rather have 35 people in Beirut. This is the most exciting time to be in music. I think  it’s the most exciting time to be in art in the history of humanity because you can reach the globe. You can write your own ticket and make the art you want and find like-minded people to share it with from Johanesburg to Santiago. It is like Anthony Bourdain and like everyone who saw him the first couple of seasons and said ‘How the fuck do we do that? Let’s do that.’ And you know how you do it? You buy the ticket and get on the fucking plane and you go.”

Cervantes’ Other Side | December 4