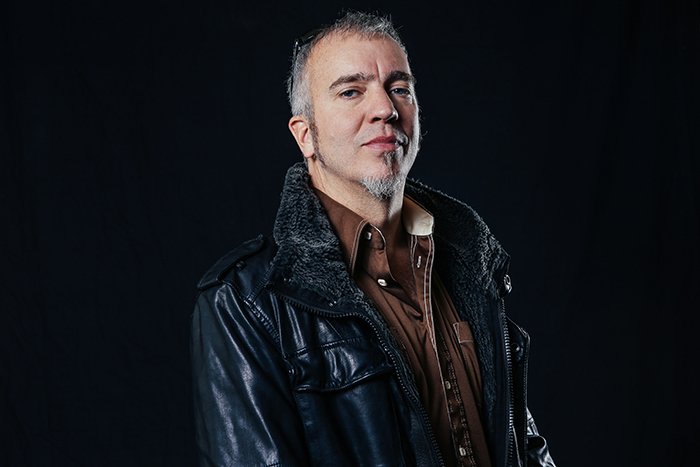 Earlier this year, when JJ Grey & Mofro released their seventh LP Ol’ Glory they also put out a short trailer to introduce the album. In it the Jacksonville, Fla., native Grey calmly preached, “If you slow your life down by paying attention you’ll be more creative, more productive, more everything. The fact is for the longest time I was a dog chasing my tail and I thought that’s what it took to get things done, when in fact it’s the very thing keeping you from getting anything done and I decided to make all of this easy.”

It’s not like Grey woke up one day and all of life’s frustrations and obstacles suddenly disappeared. They’re still most certainly there, but what’s changed, after years and years of practice, is Grey’s reaction to life’s challenges.

“The funny thing is, what I realized, is it was always easy,” Grey said during a recent interview with The Marquee. “It’s always been easy. It ain’t never been hard. It’s just where you place it on the scale that we kind of make up in our lives of ‘this sucks’ and ‘this is great.’ Part of slowing my life down was just doing away with that scale. Yeah sure, don’t get me wrong I could stub my toe on the coffee table and it sucks, but it doesn’t get filed away into a file where my emotional condition is affected. I don’t have to place it in the checkerboard of life with all of these things that add up to life sucks or life is this or life’s against me or it’s tough or it’s hard. I just kind of did away with all of that.”

While Grey makes it seem on one hand as if the transformation was done with the simple snap of his fingers, it didn’t happen overnight and, in fact, it took years even before he realized some of the keys were his own words right in front of him.

“The earliest songs that I ever wrote, you know long before “Blackwater,” when I went back and  looked at all of it, I was writing songs that were Post-It memos for me, but I didn’t know that,” Grey said. “And these songs, a song like ‘Whitehouse’ for instance, on the first album, where I’m talking about climbing higher or ‘The Sun Is Shining Down’ on Country Ghetto, all of these songs were written before this moment of clarity. One thing after the next to the next, I’m writing all of these tunes and I’m not following any of my own advice at all, ever. And I don’t realize it’s advice and it’s certainly not meant to be advice for other people — because I was as messed up as a soup sandwich like anybody back then and in some ways I still am. But there was always this underlying thing trying to tell me to wake up and basically, I’d write songs which was like setting alarms for myself, but I just kept sleeping through them in retrospect.”

Even at one point, following an incredibly severe car accident around the start of his second tour, Grey said that he was calm for weeks, but after some time it was back to normal for the way he approached life. “I guess the severity of what went down forced me to stop thinking about everything else and forced me to be where I was and nowhere else, period. It was the most calming thing ever, but then it went away and I went right back to head chatter and everything else. I went right back to ignoring all of these songs telling me to do one thing where I was doing the opposite,” he explained.

Trial and error, steps forward and backward, progress and regression, it was all there for Grey to take in, and he experienced the calm over and over, but time and time again he’d let it slide until something finally clicked that allowed him to eschew the chaos for longer and longer bouts. And much of that could be attributed to, like he said in his album trailer, approaching life with a slower pace. “It’s like the law of entropy that everything starts to fall apart  without effort. It requires no effort to die, all you’ve got to do is stop breathing. All you got to do is to quit putting forth effort and everything will fall apart,” he said. “I don’t have any answers, but I know that when I slow down good things happen. It’s a journey not a destination. You can’t work-out once and get into the shape of your life.”

And Grey goes to that sort of gym almost every day still, finding situations where he can regularly test his ability to maintain calm in the face of chaos.

“A wonderful place to learn how to slow down is in traffic,” he said. “I used to drive like a maniac, ready to kill everybody. I could go to a yoga meditational retreat and feel great, and then get in the car and be like who is this fucking asshole in front of me? Speed up! Those are the perfect opportunities to practice it.”

Cool, Share this article: Twitter Facebook Google+ Pinterest LinkedIn Tumblr Email
Previous ArticleJerry Joseph Becomes the Anthony Bourdain of Touring Musicians and Changes the Narrative of His Life as a Songwriter
Next Article Odesza the Online Sensation Has Evolved into a Live Cinematic Spectacle