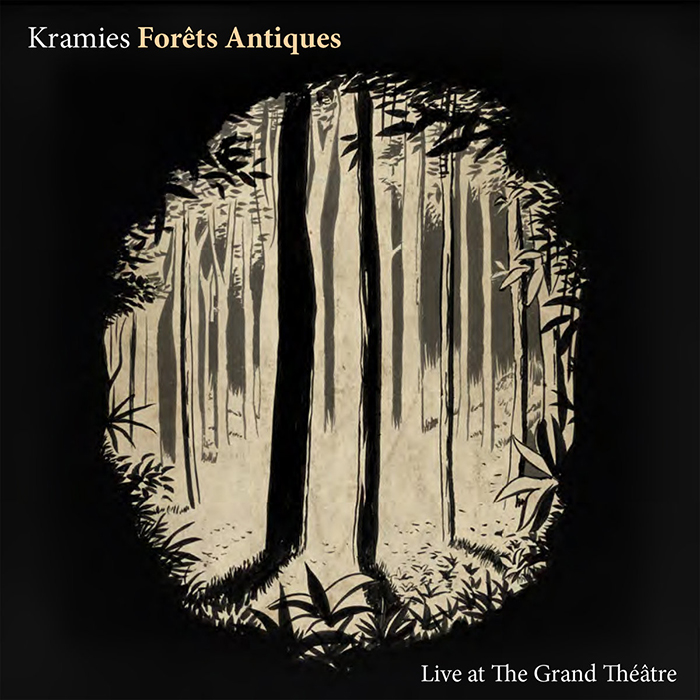 Recorded live in front of a sold out crowd this past April at the Grand Théâtre in Angers, France, Denver-based indie pop singer/songwriter Kramies’ live EP is an exquisite portrait of the evening. The set features tracks from all four of the Dutch-American’s previous EPs, including his acclaimed EP The Wooden Heart and his single “The Fate That Never Favored Us,” as well as a new song called “Ireland.”

With relatively simple chord structure and straight forward melodies and vocals, Kramies is able to achieve outstanding depth on his romance-laden tales. While most of the original recordings feature a full-band sound, dream-pop soundscapes and synthesizer wizardry, on Forêts Antiques Kramies relies simply on his six-string and voice, and the stripped-down versions give the songs a chance to shine on their own without any studio magic.